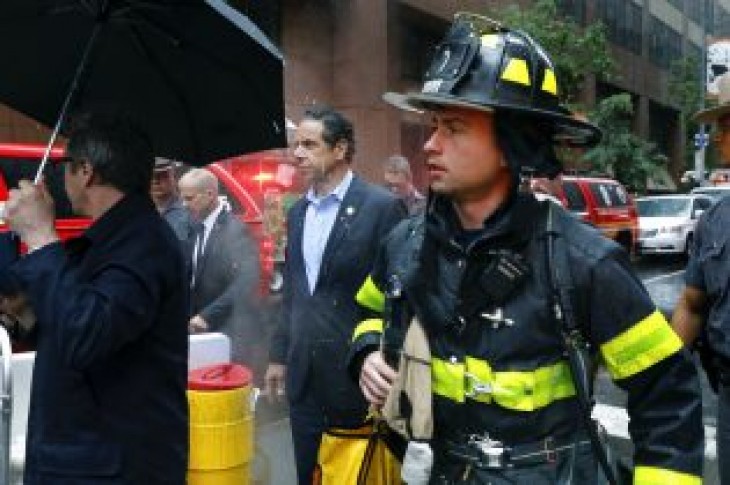 One person is dead in New York after a helicopter made an emergency crash landing on top of a high rise building.

Police say the chopper made a “hard landing” on the roof of the 54 story building in midtown Manhattan Monday about two blocks from Times Square.

Dozens of New York police officers and firefighters are responding to the incident. Governor Andrew Cuomo is also at the scene, and told reporters a blaze sparked by the crash is now under control.

New York Gov. Andrew Cuomo, center, and first responder personnel walk near the scene where a helicopter was reported to have crash landed on top of a building in midtown Manhattan, Monday, June 10, 2019, in New York. (AP Photo/Mark Lennihan)

Evacuations are underway and roads have been shut down in the area as authorities investigate the incident.

More information will become available after an update from National Transportation Safety Board. 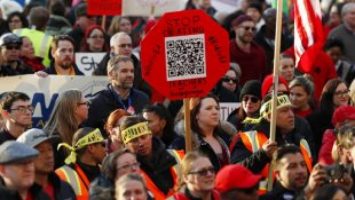 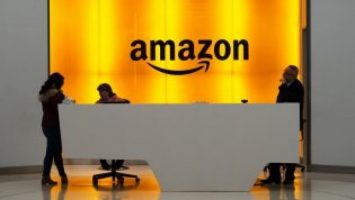