Ever since the crypto markets plunged from their late-2017 highs, embattled investors have been closely watching to see how large investment groups, including corporate and institutional investors, take to the nascent markets – as they may ultimately introduce enough capital to the markets to fuel the next bull market.

Now, a recently conducted survey by Fidelity Investments signals that institutions are warming up to crypto, with many major groups sharing somewhat friendly outlooks towards the nascent markets.

Fidelity: Many Institutions Interested In, or Already Invested In, Crypto

The survey, which questioned 441 institutional investors that include family offices, hedge funds, endowments, and foundations, was conducted with a goal of garnering better information about institutional interest in the markets as they grow their newly founded digital assets business.

One interesting statistic from the survey was that nearly half of all the institutions surveyed explained that they do consider digital assets to be worthy of having a place in investment portfolios, which is overwhelmingly bullish as it signals that widespread institutional adoption may be imminent.

Despite this, the survey also found that a mere 22% of those surveyed are already invested in the markets, which means that there still remains a large number of institutions that consider digital assets worthy of being invested in, but still haven’t actually added them to their portfolio.

Another interesting statistic is that 72% of those surveyed would prefer to invest in crypto through investment products that hold cryptocurrency, rather than investing in the assets directly.

Tom Jessop, the president of Fidelity Digital AssetsSM, spoke about the bourgeoning trend of institutional investors entering the markets, saying:

“We’ve seen a maturation of interest in digital assets from early adopters, like crypto hedge funds, to traditional institutional investors like family offices and endowments… More institutional investors are engaging with digital assets, either directly or through service providers, as the potential impact of blockchain technology on financial markets – new and old – becomes more readily apparent.”

Will Institutions Fuel the Next Crypto Bull Run?

The crypto markets have recently been witnessing a growing momentum that many analysts believe is highly bullish, which has shifted market sentiment and is leading to growing talks about the next bull market.

Assuming that the next bull run is anything like ones seen in years prior, it is going to take a significant amount of capital to fuel it, which may be provided by institutional investors.

Galaxy, a popular crypto analyst on Twitter, recently explained that if the next bull market were to mirror that which was seen in 2015, BTC would surge to over $330k by the end of 2021.

“Observing structure similarities between the monthly candles of October 2015 and April 2019. October 2015 marked the start of most significant bull run in BTC history after a 6500% price surge in 2 years. Another similar bull run puts BTC at over $330K/coin, by the end of 2021,” he explained in a recent tweet.

Observing structure similarities between the monthly candles of October 2015 and April 2019.

October 2015 marked the start of most significant bull run in BTC history after a 6500% price surge in 2 years.

Another similar bull run puts BTC at over $330K/coin, by the end of 2021. pic.twitter.com/KTCRLd8jRH

Although it is highly unlikely that the next bull run will directly mirror those of years past, any upwards move that pushes the crypto markets beyond their previously established all-time-highs will require a significant amount of money that may be provided, in part, by institutions that rush to enter the rapidly evolving markets.

The post 50% of Institutional Investors Consider Crypto Worthy of Being Added to Their Portfolios, Claims Survey appeared first on NewsBTC. 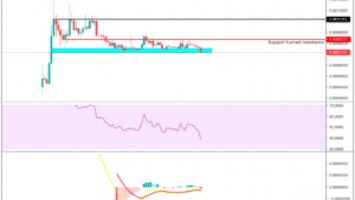