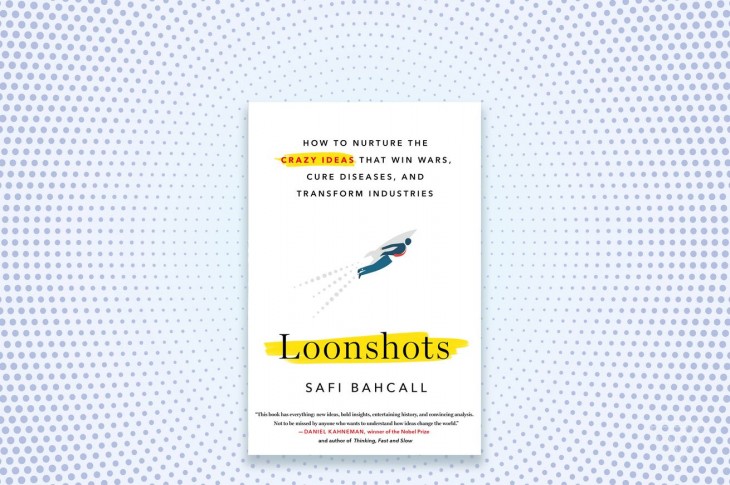 A moonshot is an ambitious goal, but physicist and entrepreneur Safi Bahcall is interested in what he calls “loonshots,” or the neglected, unhinged ideas that then go on to change the world.

In 2011, Bahcall — who has a doctorate in physics and founded a company focused on drug discovery — started working with then-President Barack Obama’s Council of Advisors on Science and Technology on a project to shape the future of national research. On the first day, the chairman of the group said that the goal was to “write the next generation of the Vannevar Bush report.” Bahcall had never heard of Vannevar Bush, an engineer and inventor who led the Office of Scientific Research and Development during World War II and played a crucial role in setting America’s priorities in science and tech.

As Bahcall read up on the history, he became more and more interested in the question of how important ideas are nurtured or forgotten. The resulting book is Loonshots: How to Nurture the Crazy Ideas that Win Wars, Cure DIseases, and Transform Industries (St. Martin’s Press) and it’s “about what an idea from physics tells us about the behavior of groups and teams, and how companies can use that to innovate faster.”

The Verge spoke to Bahcall about how the science of phase transitions can influence business, organizational trade-offs in companies, and Nokia’s doomed smartphone idea. This interview has been lightly edited for clarity.

Imagine you have a glass of water. You stick your finger in the glass, you can swish it around. That’s always true, except as you lower the temperature, all of a sudden at the critical point of 32 degrees Fahrenheit, that behavior completely changes? Why? The molecules inside are exactly the same, but suddenly they change behavior. They freeze, they become completely rigid, they go from sloshing to rigid, and in science that’s called a phase transition.

Do you want innovation? Do you want high quality? You can’t have both.

It turns out that understanding or applying that idea to groups can give you a new way to think about behaviors and why they suddenly change. Most of the books you read talk about how the change comes from the top and the CEO should be the “chief innovation officer,” but in a glass of water there’s no CEO molecule with a bullhorn checking the temperature and going, “well, it’s 33 degrees so let’s be liquid, oh it’s 31 now so everyone line up and be rigid.” There’s something about structure that causes molecules to suddenly change behavior and that has nothing to do with the top or culture. It’s what elements of structure transform the behavior of teams and companies.

But doesn’t culture drive the structure?

I think structure can drive culture! There is a famous saying in business that culture eats strategy for breakfast and the theme here is that structure eats culture for lunch. Here’s an example. Let’s say you took 50 people and asked each one of them individually, are you excited about this early project? They’re all individually excited. You organize them into a group and then they collectively reject that idea. Why?

We want to look at underlying incentives. When you organize people into a group and the groups are small enough, people are really interested in making that project succeed. If it’s a small company, people unite around the project. But as the group gets larger and you organize into layers, you have associates and vice presidents and senior vice presidents, incentives start to shift. Instead of, “we all have a stake in this project,” incentives become more about “what do I need to do to get promoted?” Then it becomes “I want to focus on my idea and not my competitor’s idea” and you start shooting down ideas around you and emphasizing your own stuff.

It’s the exact same people, but you just increase the size or the number of layers and you’re changing the incentives. On the surface it seems like the culture changes — you’ve gone from an entrepreneurial, innovative culture to a political organization — but the people are the same. It’s not about the people changing or what the CEO does, it’s the underlying structure that drives culture.

What are some examples of this happening? Where companies went from innovative to rejecting important ideas?

Nokia is a good one. You have a conglomerate that made all sorts of stuff like rubber boots and toilet paper and over the course of 20 years they became the world’s leading smartphone company, on the cover of every magazine. And then you have this small team that developed this new idea in the early 2000s of a big phone with a big, beautiful touchscreen and a beautiful camera. The same people who led the company rejected that idea and a few years later the engineers who came up with the prototype at Nokia watched Steve Jobs unveil the iPhone, which was very similar and essentially the same idea. Within a few years, Nokia was irrelevant. That’s an example of a great team suddenly going from embracing new ideas to rigidly rejecting them, just like a glass of water goes from fluid to a rigid solid.

As they grew and expanded, structure changed and it crossed that point where it became more about people’s individual incentives and politics. Once you cross that transition, it’s just a matter of time and it’s inevitable that your organization is going to harden and become rigid and you’ll start shooting down those same ideas that you embraced.

Is size the main factor that matters in these phase transitions?

There’s a handful of variables. Others are how many levels are in the organization — you can have 1000 people organized into three layers, or 1000 people organized into 10 layers. There’s no right or wrong because the number of layers achieves different objectives. If you have lots, it means you have lots of redundancy and a lot of quality control and low error rate. Fewer layers is more freedom and space to experiment, which means a higher error rate. It depends on the goal. If your goal is innovation, you want a high error rate and to try lots of stuff. If you’re building planes, you don’t want to manufacture 10 and send them flying and see which eight fall down and crash.

There’s this idea that innovation is always good, but innovation comes along with higher failure rates, so you really want to think about specific teams or groups that create what you goal. Do you want innovation? Do you want high quality? You can’t have both.

Finally, I was intrigued by your idea of the “Moses trap,” which is exploring the downside of embracing loonshots. Can you explain the trap?

You see this pattern over and over, especially in Silicon Valley, where the leader is so enamoured with new ideas. You need two conditions. Number one is an all-powerful leader where the decisions really get made from the top of the mountain. Two, you have someone who becomes infatuated with the crazy ideas and always wants to have the next one. You always hear that something is the holy loonshot that will save the company.

That will work for a while because you can have strong technologists making those bets, but it will inevitably fail because nobody is right 100 percent or even 90 or 80 percent of the time. More importantly, when you get into those traps you develop blinders and believe that the only thing that matters are the improvements in product. You miss the small changes in strategy that can transform your industry.

Look at what happened to PanAm. You had a terrifically talented leader who identified new technologies that allowed him to build bigger, faster, better planes, and he kept turning that cycle and that worked for quite a while until it didn’t. He had all these competitors and he was building bigger faster planes, but some of them were working on small changes in strategy like frequent flyer miles, things like yield management with big data, how to arrange seats. Things that sound kind of boring but actually make a big difference, and when airline deregulation hit [creating a free market for the airline industry], he had big, fast planes but no competitors. His competitors didn’t have as high-quality planes, but they had small changes in strategy that allowed them to run a much more economical business. They survived and PanAm didn’t. 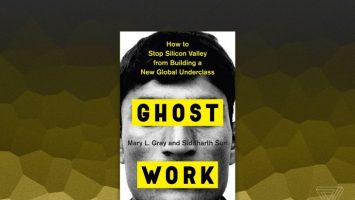 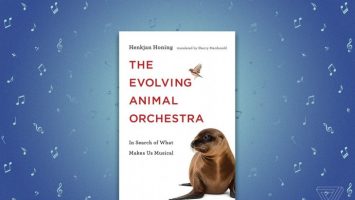