MOSUL, Iraq (Reuters) – Almost two years after Iraqi forces recaptured the city of Mosul from Islamic State (IS), small shops selling alcohol are reopening their doors and new ones are appearing.

Customers purchase bottles or cans of liquor which are then placed in black plastic bags, or emptied out into nondescript plastic bottles.

Mosul was home to two million people before being overrun in 2014 by IS, which proclaimed a “caliphate” stretching into neighboring Syria. It held Mosul for three years.

Under the militant group’s strict rule, items such as alcohol and cigarettes were banned. Shops that sold alcohol were burned down and destroyed.

Liquor store owner Nemat Hassan said IS burned his store down in the city. “There was more than $40,000 worth of stock. They burned it,” he said.

Since the city was recaptured, some have decided to return to what remains of their homes and rebuild their stores. Hassan reopened his shop and said he hasn’t faced any problems.

“When we came back after Daesh (Islamic State), the security forces were controlling Mosul. There are no problems, thank God. There have been no threats by any groups, no problems in Mosul.”

Another liquor store owner, Adel Jindy, said many more stores are appearing in the neighborhood as more licenses are being granted.

“Before there were four stores in Al Dawasah (neighborhood) now there are many licensed shops,” he said.

Business is generally good – the only time customers are afraid of coming in is after an attack or a car bomb. But once the initial panic fades, it’s business as usual, said Jindy.

In Iraq members of the Yazidi and Christian religious minorities are allowed to have alcohol licenses. Alcohol is prohibited by Islam.

Mosul has been the site of several bomb blasts in recent months. In an attack this March, a car packed with explosives blew up killing two people and wounding another 24 near Mosul University.

Nearly two million Iraqis are still displaced by the fight against IS, according to a survey by REACH, a non-governmental organization. Many say they are not ready to go home because of the destruction and lack of services. 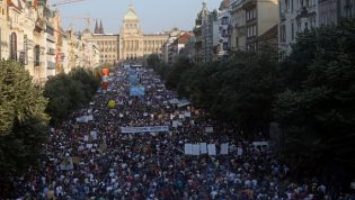 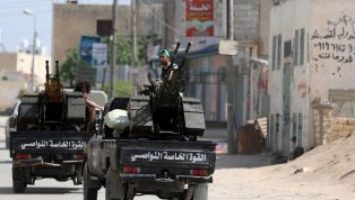