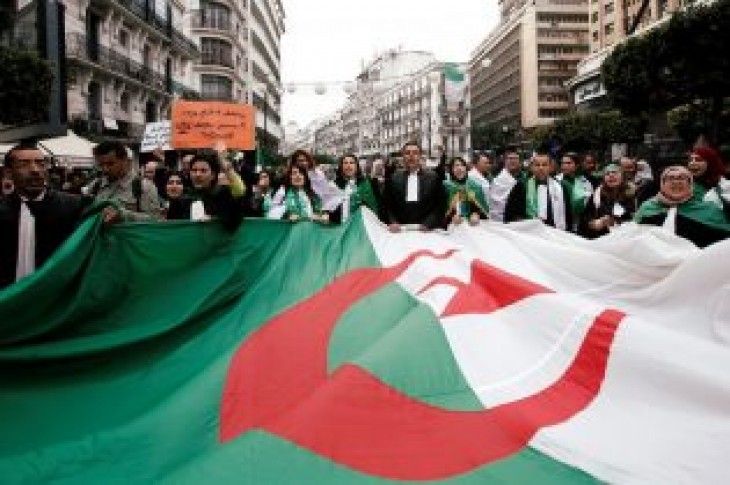 ALGIERS (Reuters) – About 2,000 people rallied in central Algiers on Tuesday calling for the resignation of President Abdelaziz Bouteflika, keeping up the pressure after weeks of protests that threaten to topple him and the ruling elite which has helped keep him in power for 20 years.

Bouteflika, one of the veterans of the 1954-1962 war of independence against France who dominate the country, bowed to protesters this month by reversing a decision to seek another term and postponing elections that had been scheduled for April.

But Bouteflika stopped short of quitting as head of state and said he would stay on until a new constitution is adopted, effectively extending his current term.

The move failed to placate hundreds of thousands of Algerians who have taken to the streets for nearly five weeks to demand that Bouteflika quit along with his allies.

Some key partners such as members of his ruling party and business tycoons have abandoned Bouteflika, increasing the isolation of a leader who has rarely been seen in public since suffering a stroke in 2013

“The system must go. There is no point for it in resisting,” said Belkacem Abidi, 25, one of the thousands of protesters, most of them students, who gathered in downtown Algiers on Tuesday.

Even if Bouteflika is pushed out, Algerians could face uncertainty for some time before a new president emerges to head the vast North African country, a major oil and gas producer.

One of the most important factors is the position of the powerful military, which could act as kingmaker, as it has done in past decades.

So far the chief of staff has distanced the army from Bouteflika and praised protesters.

Any direct action to help Algerians oust him could be perceived as a military coup by an institution which prefers to manipulate politics from behind the scenes. 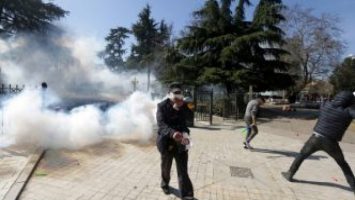