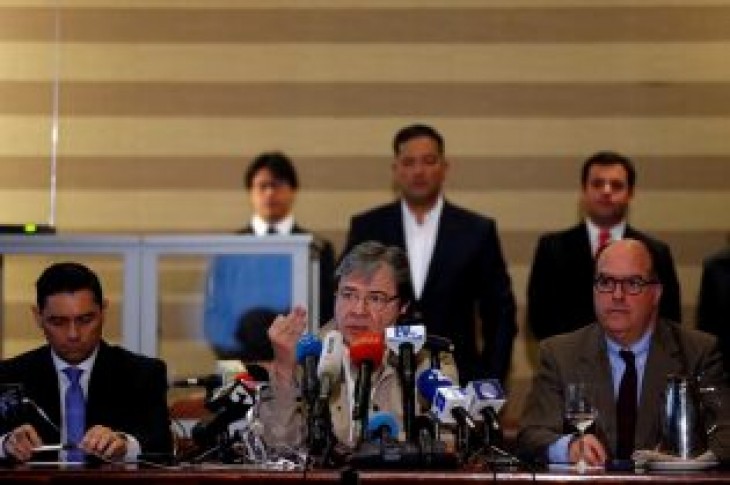 BOGOTA (Reuters) – Ambassadors designated by Juan Guaido, the Venezuelan opposition leader recognized by most Western nations as the country’s president, are meeting on Saturday in Colombia to discuss how to win the support of China and Russia, staunch allies of President Nicolas Maduro.

More than a dozen ambassadors from Latin America and the United States, gathered at a hotel in Bogota, will analyze the next stage they hope will lead Maduro and his military supporters to stand down.

The plan will aim to convince Russia and China to back Guaido, the former head of Venezuela’s National Assembly living in Colombia, Julio Borges, told Reuters.

“The strategy means to bring countries like Russia and China closer to being part of the solution,” said Borges, an adviser to Guaido and his ambassador to the Lima Group regional bloc.

Guaido has been recognized by the United States and most other Western nations as the South American country’s rightful leader. The oil-rich country is in a sixth year of a recession marked by hyperinflation and shortages of basic goods, conditions that have prompted more than 3 million to flee, many to Colombia.

Colombian Foreign Minister Carlos Holmes Trujillo said progress has been made and that it is a just question of time before Maduro leaves office.

“We have a dynamic vision of what’s happening, we see this as an irreversible process, the end of usurpation and the end of tyranny,” Trujillo told reporters.

Guaido, the head of the opposition-controlled National Assembly, in January invoked the constitution to assume an interim presidency on the basis that Maduro’s 2018 re-election was illegitimate.

Despite international pressure and offers of amnesty to the military who facilitate a transition, Maduro still controls state institutions and maintains the support of the military leadership and part of the population.

Maduro calls Guaido a U.S. puppet seeking to oust him in a coup and blames the country’s economic woes on a U.S.-led “economic war.” 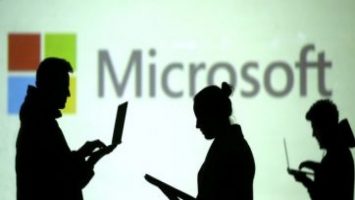