For the past twenty days cryptocurrency markets have hold on to gains and formed new trading ranges. In terms of total market capitalization this is between $170 and $185 billion with Bitcoin holding above $5,000. More analysts, using previous chart patterns as a guide, are of the opinion that this consolidation could continue for several more months.

By comparing the weekly chart from 2015 one crypto analyst has notice that we may be trading a very similar moving average formation at the moment. Looking specifically at the 50 week moving average there was an initial bounce off of that back in 2015, then a further 105 days of accumulation when Bitcoin pulled back again.

Only when BTC retested the 50 MA and broke through it did the bull run start in full. This happened in October after the initial test in July. A similar scenario in 2019 may play out if Bitcoin does not break resistance at the 50 MA. Looking at the weekly charts on TradingView shows that it could test this level at the end of April.

A bounce back from that could see BTC drop back into the low $4,000s and remain there until around August when it moves back up to the previous resistance level.

This sentiment has been echoed by a number of chart analysts who have predicted a breakdown at the end of the current rising wedge on the four hour chart. GalaxyBTC, a popular trader on twitter, has called for a correction back to $4,600 before any further moves higher;

Similarities in both candles and volume. pic.twitter.com/IGivErxz5Q

Bitcoin and Altcoins At Resistance

All crypto assets (aside from Binance Coin) seem to be hitting heavy resistance right now. Markets are currently in the red as Bitcoin pulls back from weekly highs at $5,350. Using altcoin market capitalization the ‘CryptoDog’ has noticed a retracement in most of the altcoins while Bitcoin holds just below the major resistance point at $5,400;

At the time of writing crypto markets had dropped over 2 percent on the day which equated to $4 billion. Most of this has been lost by altcoins as Bitcoin has remained at its current level, increasing market dominance to almost 53 percent. This is the highest it has been for several months.

On the week markets are back at the same level which is around $177 billion in market cap. The next week will be critical for further upsides but all indicators now are suggesting a larger pull back before any real trend reversal can be measured.

Bitcoin volatility is at a two year low and slow and steady accumulation seems to be driving market movements at the moment. This could well continue for the next three months or so if charts mirror markets in previous years.

The post Analyst: Bitcoin May Have Another 100 Days of Accumulation appeared first on NewsBTC. 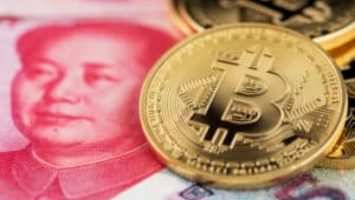