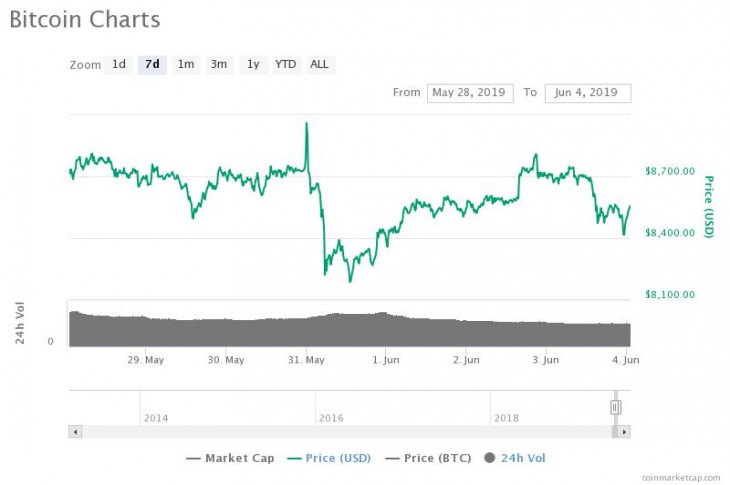 The crypto markets have incurred some downwards pressure today after Bitcoin (BTC) was once again unable to climb into the upper-$8,000 region without incurring any significant selling pressure.

The bitcoin price has shown high volatility in the past week in a tight range (source: coinmarketcap.com)

Bitcoin’s inability to gain a foothold within the upper-$8,000 region appears to have put the entire market’s upwards momentum at risk, and analysts are now noting that it is critical that BTC holds above $8,200 in the near-term, or else significantly further losses may be imminent.

Although it is abundantly clear that $9,000 is a strong resistance level that will require a significant amount of buying pressure to be broken through, in the meanwhile it also appears that BTC has formed $8,800 as another level of resistance, as it has been struggling to surge past this price for the past several days.

UB, a popular crypto analyst on Twitter, recently expressed what can be deemed as a bearish sentiment, noting that he is looking to short BTC’s next bounce, or a break below $8,200, which appears to be a key support level that the crypto must hold above.

“$BTC – Looking to short the next bounce or a break below $8200. $8200 is a key HTF support to hold. A Daily Close below there would be a short signal. Argument invalid if the Trading Range EQ (~$8600) is reestablished as support,” he explained in a recent tweet.

Assuming that Bitcoin’s inability to surge past $8,800 does lead to an increase in selling pressure that pushes its price below $8,200, there is a possibility that significantly further losses could be imminent.

Analysts Concur That $8,200 is a Key Support Level for BTC

UB is not alone in his assessment that $8,200 is a key support level for Bitcoin, as Josh Rager, another popular analyst on Twitter, also echoed a similar sentiment in a recent tweet, explaining that although Bitcoin is currently holding above one of its recently established trend lines, a further drop could spell trouble for the crypto.

“$BTC: A Tale of Two Trendlines. Two trendlines below, we’re either at bottom of trendline or BTC already broke through the prior support. Trendlines are highly subjective but can work as R/S but they are meant to be broken and only last so long. Regardless, $8200 must hold,” he explained, further affirming that $8,200 is a key support level that must be held above.

$BTC: A Tale of Two Trendlines

Two trendlines below, we're either at bottom of trendline or BTC already broke through the prior support

As the fresh week kicks off and Bitcoin’s price action continues to unfold, investors and analysts alike will be closely watching to see how the cryptocurrency responds to its recent instability, as the rally that has been experienced in recent times may soon come to an unfortunate end.

The post Analysts Concur Bitcoin Must Hold $8,200 to Sutain Rally, Here’s Why appeared first on NewsBTC. 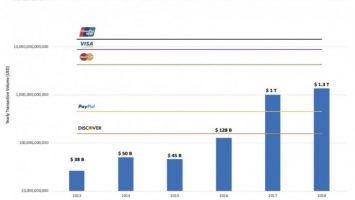 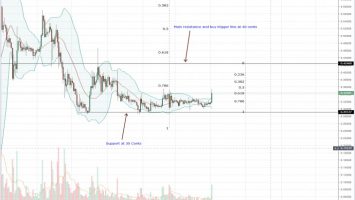