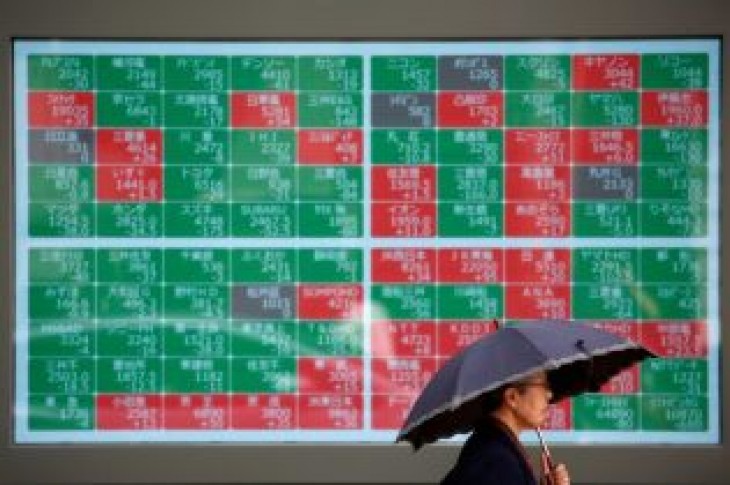 SYDNEY (Reuters) – Asian shares stumbled on Wednesday and global bonds rallied as investors fretted over the outlook for world growth with trade tensions between Washington and Beijing showing no signs of abating.

MSCI’s broadest index of Asia-Pacific shares outside Japan was last down 0.4% after three straight days of gains. South Korea’s KOSPI and Australian shares were 0.9% lower each.

Risk aversion has increased globally in recent days as fears of world recession resurface amid disappointing macro data in major economies. Wins for eurosceptic parties in EU elections as well as snap poll in Greece and political turmoil in Austria have added to the gloomy outlook.

Italy’s dispute with the European Commission over its budget is also a major overhang for world markets.

In Asia, focus remains on the ongoing Sino-U.S. trade war. U.S. President Donald Trump said on Monday that Washington was not ready to make a deal with China yet. At the same time, he pressed Japan to reduce its trade imbalance with the United States.

“At the moment, growth isn’t improving in Europe but is deteriorating elsewhere,” JPMorgan analysts said in a note.

U.S. data on Monday showed a gauge of manufacturing activity unexpectedly fell to -5.3 in May from +2.0 the previous month.

“The trade war isn’t making any progress and it’s hard to imagine the two sides reaching a full, final and permanent economic deal near term,” they added.

“Although no one is willing to turn meaningfully bearish ahead of the G20 summit given the potential for a Trump surprise.”

Japan will host a Group of 20 finance ministers and central bankers’ meeting on June 8 and 9.

Analysts at Citi reckon punitive measures against China’s Huawei and other tech firms, as part of the tariff battle, could undermine global productivity growth.

“Technological rivalry is here to stay,” Citi analyst Johanna Chua said in a note, adding “it is hard to be constructive risk assets in Asia at this juncture.”

“We maintain a bias to be long U.S. dollar-Asia…As growth is likely to significantly outweigh inflation concerns, we expect Asian central banks bias will remain on the accommodative side.”

Global bonds rallied overnight with U.S. Treasury yields falling further to 2.2693%, the lowest since September 2017. German Bund yields are also on a slippery slope since the EU elections.

The euro fell for a third straight day to $1.1650 to inch closer to a recent two-year low of $1.1110. The British pound too was weaker at $1.2658 after falling for two sessions in a row over political turmoil about it exit from the European Union.

In commodity markets, oil prices were subdued on Wednesday after rising almost 1% in the previous session after flooding throughout the Midwest constrained crude flow from the main U.S. storage hub in Cushing, Oklahoma. 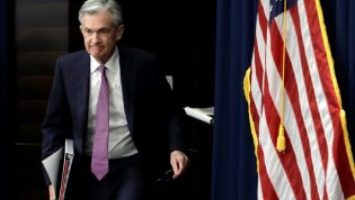