MSCI’s broadest index of Asia-Pacific shares outside Japan was down 0.1 percent.

Global equities scaled a four-month high earlier this week helped by upbeat expectations toward U.S.-China trade talks. On Wednesday, however, they dipped after Lighthizer said it was too early to predict an outcome in talks between Washington and Beijing.

“Lighthizer’s comments trimmed a bit of the trade resolution hopes which had grown recently, and equities are exposed to some downward pressure,” said Masahiro Ichikawa, senior strategist at Sumitomo Mitsui Asset Management.

“As for tensions between India and Pakistan, it is a concern. But it remains a regional topic for the moment and the overall market impact has been limited thus far.”

The conflict between India and Pakistan heated up after both said on Wednesday that they shot down each other’s fighter aircraft.

In currency markets, the dollar index against a basket of six major currencies stood little changed at 96.085.

The index had edged up 0.1 percent overnight, when it managed to pull away from a three-week trough as Treasury yields rose ahead of the U.S. fourth-quarter gross domestic report release.

The greenback traded at 110.865 yen, having bounced back from a low of 110.355 brushed momentarily on Wednesday as tensions between India and Pakistan flared.

The pound stood close to a near eight-month peak of $1.3351 reached the previous day. Sterling has rallied this week as investors ramped up bets that a no-deal Brexit was less likely and that Britain’s departure from the European Union would be delayed.

U.S. crude oil futures were 0.07 percent higher at $56.98 per dollar, adding to gains from the previous day, when the contracts had surged 2.5 percent. 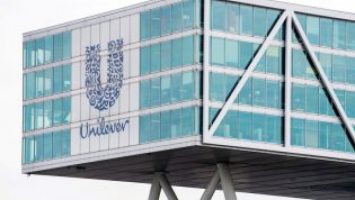