Companies based in North America, Asia and Europe were holding conference calls and meetings to explore if they could move up certain shipments of parts and vehicles to mitigate tariffs on Mexican goods, auto executives and trade group officials said.

Those tariffs were set to begin at 5 percent on June 10 and rise from there – to 10 percent on July 1 and ultimately hitting 25 percent on Oct. 1 “unless Mexico substantially stops the illegal inflow of aliens coming through its territory,” Trump said Thursday.

Shares in auto companies slumped on Friday. Deutsche Bank warned that a 25 percent tariff on vehicles and parts imported from Mexico would result in $23 billion hit that “could cripple the industry and cause major uncertainty.”

The Motor & Equipment Manufacturers Association warned U.S. governors, members of Congress and the White House that the tariffs “will only serve as an additional tax on the American people by increasing the cost of goods and putting jobs and investment in the U.S. at risk. In short, this action will undermine U.S. economic stability.”

The industry has taken a series of trade hits since Trump took office in January 2017.

“It isn’t just this one thing; it is the cumulative impact of trade policies that are challenging the industry right now,” said John Bozzella, who heads an auto trade group representing major foreign automakers.

RBC Capital Markets analyst Joseph Spak said in a research note the Mexican tariffs could be “devastating to the entire auto value chain” and a 5 percent tariff could result a $300 per vehicle hit.

Autos are at the heart of U.S. trade talks with Japan and the European Union. “If Trump will put these tariffs on Mexico, there will be no hesitance to tariff Europe,” he wrote.

GM and Ford Motor Co have laid off thousands of workers in recent months, citing a rapidly changing industry. Other companies have cut hundreds of jobs.

Major suppliers like Delphi Technologies, Lear Corp and Visteon Corp all derive at least 22 percent of their global revenue from Mexico with a “meaningful portion” that crosses the U.S. border, Deutsche Bank said.

The industry also faces additional tariffs on Chinese-made goods. UBS warned that these, along with Mexican tariffs could push the U.S. economy into recession.

The industry has spent more than a year fighting to convince Trump not to carry through on a threat to impose up to 25 percent tariffs on all imported cars and parts on national security grounds. That decision has been delayed to allow for more trade talks with the European Union and Japan.

Trump, who has frequently boasted of a strong economy and stock market, believes the tariffs could actually boost U.S. growth. He said Friday that to avoid tariffs “companies will leave Mexico, which has taken 30% of our Auto Industry, and come back home to the USA.”

Industry officials say it takes years and billions of dollars to shift production, and that lower-margin vehicles cannot be built profitably in the United States. 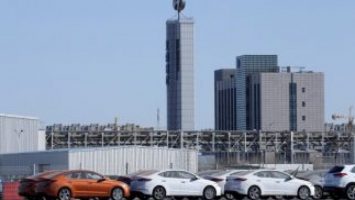 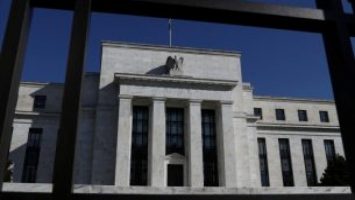