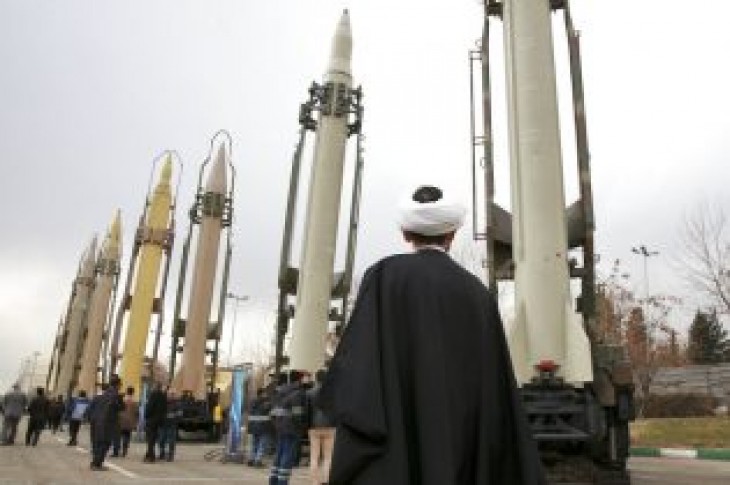 Iran’s Ayatollah regime is continuing to celebrate the 40th anniversary of the ‘Islamic Revolution’ with mass demonstrations and a display of military might. During the ongoing military exhibition in Tehran, Iranian officials unveiled newest ballistic missiles and weaponized drones.

This comes as the regime is trying to ensure its own survival amid international pressure as well as continue its spread of terror across the Middle East.

“Our dear country Iran will put all its effort into defending itself– no sanctions can force Iran to give up, ” stated General Davoud Abdi, head of public relations for the Iranian Defense Ministry.

The arms exhibition features roughly 560 items of military equipment, including Iran’s newest ballistic missile with a range of nearly 850 miles. The rocket is believed to be intermediate-range and nuclear capable, but more importantly officials stressed it could reach Israel.

This comes as the Ayatollah regime has defied the ongoing U.S. oil embargo, threatening tough retaliation for what Tehran believes is “America’s hostile stance.”

“When I look at Iran, I look at Iran as a nation that has caused tremendous problem, huge difficulty,” he stated, “Every single one of them was caused by the number one terrorist nation in the world, which is Iran.”

On Monday, EU officials expressed concern with the ongoing advances in Iran’s ballistic missile program. This comes despite the EU having recently launched a financial scheme to help the Ayatollah regime bypass U.S. sanctions. The EU urged Iran to cease its missile tests and other activities, a call which was later dismissed by Tehran.

“If Europeans give up again on America’s pressures and if Europe cannot show its independence to the world, our people and our government will certainly confront them,” stated General Mohammad Reza Yazdi of Iran’s Guards of the Islamic Revolution.

Meanwhile, the Ayatollah regime rallied its supporters in Tehran on Monday to back-up its claims of widespread popular support. Thousands of demonstrators expressed their commitment to the ideals of the ‘Islamic Revolution,’ which they believe should advance into neighboring countries as well.

This comes as Iran has recently ramped-up its military presence in Iraq and Syria as well as Lebanon, triggering a reaction from Israel.

“Iran has proxies. One of them is Hezbollah. Hezbollah just joined the government of Lebanon.
We’re not only protecting ourselves, Israel itself, but also protecting our neighbors and world peace.”

The Israeli Defense Forces said Iranian presence in foreign countries, as well as advances in its missile and nuclear programs, will be countered with high-precision airstrikes. However, Iranian officials insist that any perceived threat to the Ayatollah regime could provoke a major war in the Middle East. 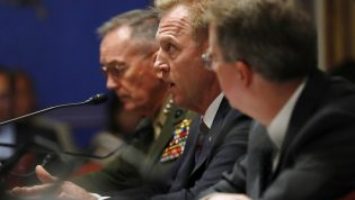 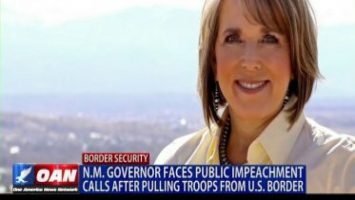