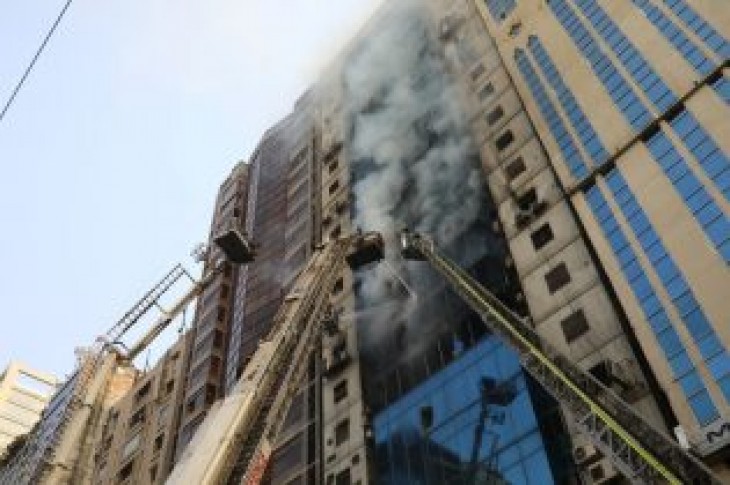 DHAKA (Reuters) – Two of the owners of a high-rise commercial building that caught fire last week, killing 26 people in a blaze made worse by the lack of appropriate fire exits, have been arrested, Bangladesh police said on Sunday.

Authorities say the 22-storey building structure lacked adequate safety measures and was extended illegally, raising fresh questions about safety standards in one of the world’s most densely congested cities.

Seventy people were also injured in the blaze.

Lax regulations and poor enforcement have often been blamed for large fires in the South Asian nation that have killed hundreds of people in recent years, almost 100 in the past month alone.

Assistant police commissioner Abdul Baten told reporters that S.M.H.I. Faruq and Tasvirul Islam, who is a district leader of the opposition Bangladesh Nationalist Party in the capital, Dhaka, were arrested for negligence and violations of a national building code that resulted in casualties.

He said police were also looking for the owner of the developers that constructed the building in the 1990s.

Helicopters joined 22 firefighting units in battling the blaze, along with police and armed forces, as some of those trapped in the building waved desperately for help from its windows and roof.

Foyzur Rahman, the head of an investigation team formed by the Ministry of Disaster Management, said testimony was being heard from survivors in an attempt to find the cause of the blaze.

“Their accounts will help us to come up with realistic recommendations to prevent such things in future,” he told reporters on Sunday.

Last week’s blaze came a month after an inferno killed 71 people in an old neighborhood of the city. 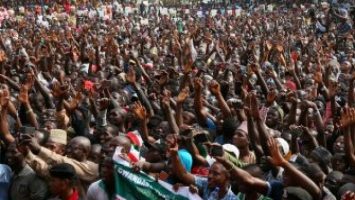 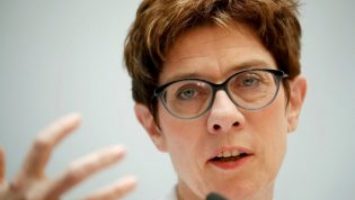