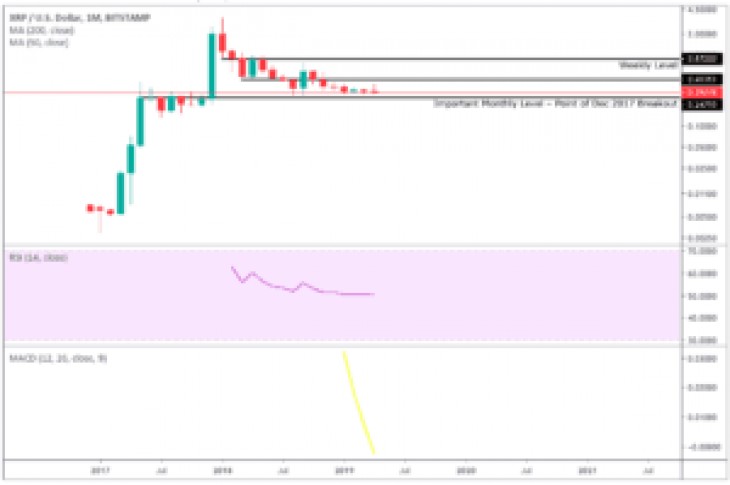 Despite buying pressure earlier in the month, XRP is forming another Doji candle on its monthly chart as April approaches its close.

If the monthly candle closes as a Doji, this will mark the fifth consecutive Doji candle recorded on the monthly chart.

Despite recent retracements, most top cryptocurrencies are recording significant increases on their monthly candles for April.

The price of XRP reversing back to the point where it opened the month shows a firm rejection of higher valuations from traders.

We are also seeing the third consecutive week of losses being recorded on the weekly chart.

After numerous tests of $0.295, the price of XRP has dropped below.

A key level to monitor below is $0.2474 which was the point where price recorded significant increases in December 2017.

However, in the nearer-term, the price seems to have found buying pressure close to $0.277 which has acted as support previously.

The price has risen back up to test $0.295 as resistance, but it looks unlikely to break above.

Selling pressure is high in the market for XRP with both the daily MACD and RSI declining.

While the past two months may have been interpreted as bullish price action, a longer-term outlook on the monthly chart forms a bearish market structure.

While price initially continued its increases from last month, the price has since begun to retrace and reversed some of the gains recorded last month.

This has also served to form a lower high on the monthly chart, strongly suggesting that the longer-term direction is bearish for XLM.

Similarly to XRP, XLM is recording its third consecutive week of losses.

The price has dropped to find buying pressure close to $0.092.

$0.092 has formerly acted as a level of both support and resistance.

The price fell relatively quickly through expected support at $0.1.

Although the price action found support on the first test on Wednesday, it quickly broke through on the retest on Thursday.

Price action seems unlikely to overcome the level with selling pressure being high as both the RSI and MACD decline. 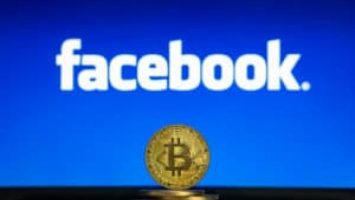 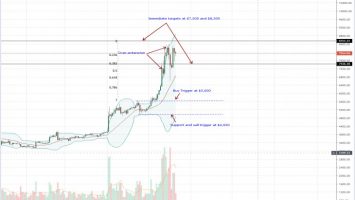