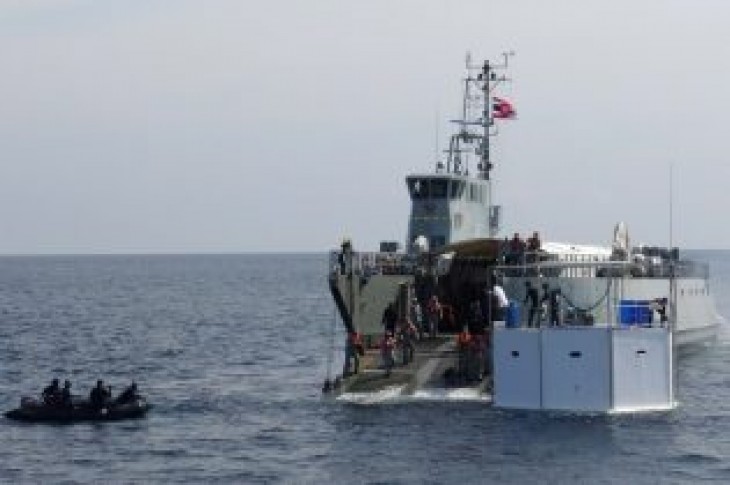 By Kay Johnson and Panu Wongcha-um

BANGKOK (Reuters) – The 6-metre (20 ft) wide floating cabin that was home to an American bitcoin trader and his Thai girlfriend was supposed to launch a village of buoy-based homes in international waters.

That was until the Thai navy came along.

Chad Elwartowski and Supranee Thepdet lived for about two months in the cabin hailed as the “first seastead” by the group Ocean Builders. They envisioned a community that would include an underwater resort and restaurant off the coast of Thailand.

Advocates say floating communities in international waters offer a way to explore alternative societies and governments beyond the borders of countries.

It’s a concept that has been around for more than a decade, but the couple were the first to actually live on one.

“I just want to make seasteading happen for real. I want to make it happen here in Thailand,” Supranee said in a YouTube video to mark the launch of the cabin attached to a floating, weighted spar anchored to the sea bed to reduce the effect of waves.

On April 13, the Thai navy seized the sea home about 14 nautical miles off the island of Phuket.

If convicted, they face the death penalty or life in prison. The couple’s whereabouts are not known and the future of sea homes now appears in doubt.

BnB ON THE SEA

Ocean Builders had planned advance sales of 20 more floating homes, at a construction cost of $150,000-$200,000 per unit due to the engineering challenges, according to its website.

Initial designs were for multi-floor cylinders “with the option for a ladder, spiral staircase or an elevator to go from floor to floor,” the website said.

The sale was postponed, but the group had already received orders for an underwater restaurant and three “SeaBnBs”, bungalow type hotel units, and 300 requests for information, Ocean Builders said.

It did not respond to Reuters’ requests for comment.

A founder of the seasteading movement, U.S. libertarian theorist Patri Friedman, said he had spoken with members of Ocean Builders about ambitious plans for an offshore resort.

“Their goal was to get a floating community together of different people living in these new kinds of floating homes, maybe do some AirBNB style – SeaBNB – to bring in more tourists to see the natural beauty of Thailand,” he said.

“I think it is a lost opportunity for Thailand,” said Friedman, chairman of The Seasteading Institute, which was not involved in the Thai project but filmed a promotional video.

The Thai government, however, thought differently.

Elwartowski and Supranee had not declared their home to be sovereign territory, but comments about being beyond the bounds of nations prompted the police to charge them with a violation of Thailand’s sovereignty.

Elwartowski and Ocean Builders have said the floating home was in international waters and beyond Thai jurisdiction. Authorities say the structure was in Thailand’s 200-mile exclusive economic zone and therefore violated its sovereignty.

“At the moment we have already gathered evidence and spoke to witnesses from those involved in the construction as well as others,” Phuket’s police chief, Major General Wisarn Phanmanee, told reporters last week.

He said the couple are believed be in Thailand and police are working with other agencies to find them.

Friedman said it was unfair to label seasteading advocates as anarchists or tech tycoons seeking to evade taxes. The aim is to explore new ideas for living together and governing, “and we’re not allowed to do that in existing countries,” he said.

It was “ridiculous” to charge the couple with a capital crime for simply living in a sea home, he added.

“Two people on a floating home is a honeymoon, not a revolution.” 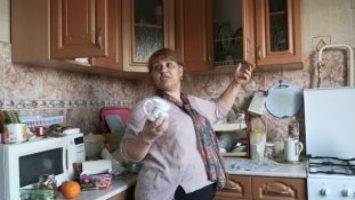 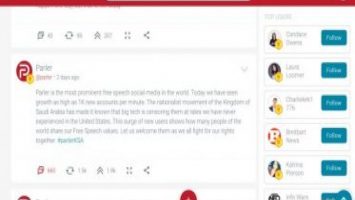