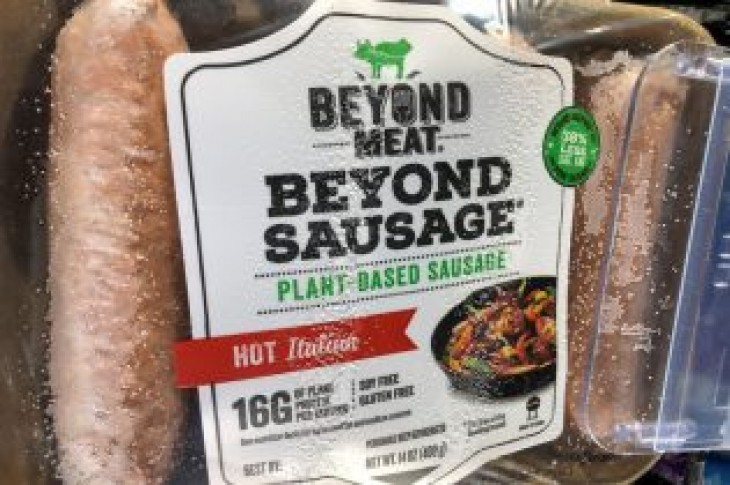 NEW YORK (Reuters) – In a bid to directly compete with ground beef and pork sausage, Beyond Meat Inc bills itself the world’s first plant-based burger sold in the meat case of U.S. grocery stores.

But interviews with nine U.S. grocery chains show that retailers are still figuring out Beyond Meat’s best fit in their shopping aisles – and it may be closer to the vegan section than the refrigerated meat department so desired by Beyond Meat.

The stakes are high in the battle over supermarket real estate, as upstart Beyond Meat seeks to quickly carve out its place in the meat section in the face of pushback from meat producers before more plant-based rivals from Impossible Foods and Nestle SA hit the market.

Natural Grocers by Vitamin Cottage Inc, which owns some 150 stores in 19 states, told Reuters it places Beyond Meat in a refrigerated section with other alternative proteins like tofu, and not the meat case, to avoid confusion among shoppers, its co-president, Kemper Isely, said.

At the 35 Kings Food Markets and Balducci’s Food Lover’s Markets across New York, New Jersey, Connecticut and the Washington D.C. area, Beyond Meat products are sold both in the dairy and meat section.

“Sales in both spaces have been great and customers generally view this as a new food category,” said Stephen Corradini, chief merchandising officer at KB US Holdings Inc, the investment firm owning the stores.

Other retail chains across the United States, including Town & Country Markets Inc in the Pacific Northwest, New York-based Morton Williams Supermarkets and Fresh Thyme Farmers Market in the Midwest, echoed Corradini, saying they see high demand among customers regardless of where Beyond Meat products are placed.

Beyond Meat and its new meatless burger rivals are counting on going head to head with meat inside stores. They avoid terms such as vegan or vegetarian, and request stores do not place their products in the supermarket vegan aisle where non-meat eaters traditionally buy tofu, tempeh and other plant-based alternatives.

Marketing its burger as one designed to look, cook and taste like traditional ground beef, Beyond Meat targets mainstream consumers who want to reduce their meat consumption amid growing concerns over health risks, animal welfare and environmental hazards of industrial animal farming.

“Find it in the meat aisle,” the company’s website says of its sausages and burger patties, which are made of yellow pea protein, coconut and canola oil.

Beyond Meat declined to comment ahead of its first earnings report scheduled for Thursday afternoon.

The company has warned in regulatory filings that changes to retail placement could hamper growth by failing to attract new customers and effectively compete with animal-based protein. Analysts consider Beyond Meat’s strategic placement a “strong advantage” over competitors and a differentiating factor in reaching the broadest possible U.S. market which they estimate to be $100 billion by 2035.

Investors are bullish on the business model, boosting Beyond Meat’s valuation to more than $6 billion from $1.5 billion when it went public on May 2, even though the California-based company said it may never turn a profit.

But while Beyond Meat requests stores sell its products next to real meat, there are no contractual obligations on product placement, according to interviews with nine retail chains. Some grocers, such as The Fresh Market Inc, which operates some 160 stores across 22 states, place Beyond Meat in the freezer with other veggie burgers or even the dairy section as they evaluate sales and decide on a long-term placement strategy.

“The freezer section is our initial go-to destination as our guests otherwise wouldn’t intuitively know where to find the product,” said Dwight Richmond, Fresh Market’s director of grocery.

Sean Saenz, senior director of meat and seafood operations at Gelson’s, which owns 28 stores across Southern California, said the retailer did not see strong sales when it initially placed Beyond Meat in the freezer.

Since moving the burger out of the freezer, Beyond Meat sales are up 60 percent, Saenz said, while sales in the overall vegan section grew 20 percent.

“We’re still heavily weighted on probably 60 to 70 percent of the Beyond Meat being sold from the vegan location,” Saenz said, calling purchases out of the fresh meat case “more of an impulse buy.”

“I don’t think it will ever be as big as meat, but it’s definitely adding growing sales which is something every retailer is looking for,” he said.

The fresh meat case is one of the most restricted areas in a supermarket because space is limited and perishable items need to be chilled, according to Rick Stein, vice president of fresh foods at the Food Marketing Institute, the retail trade association.

He sees retailers carving out space for plant-based meat alternatives in the packaged meat section, next to bacon, sausages and ham, a placement aimed at adding sales.

The move has drawn the ire of the U.S. Cattlemen’s Association, which wants the meat case reserved exclusively for real meat and says the new products create confusion and erode the trust consumers place in the meat case.

“These plant-based companies are riding on the coattails of the beef industry, which has spent decades building up a healthy brand consumers trust,” said Lia Biondo, USCA’s director of policy and outreach.

The debate is about to get more noisy as Beyond Meat, which began selling its burger patties to retailers about three years ago, begins to face more plant-based competitors in stores.

“Competition over placement is clearly heating up as everyone vies for a spot in the meat case,” said Phil Lempert, an expert on retail food trends who advises companies on food branding and consumer behavior.

Canadian packaged meat producer Maple Leaf Foods Inc, which sells plant-based meat alternatives such as vegan ground beef under its LightLife brand, expects its products in the meat case of U.S. retailers by this summer.

Impossible Foods, which has so far focused on supplying restaurants, plans to sell its Impossible Burger in supermarkets’ meat cases by the end of the year.

Tyson Foods Inc, the largest U.S. meat processor, is also working on its own line of alternative protein products after it sold its stake in Beyond Meat in April.

“We’re at a point where plant-based meats have become a segment of their own, and by the end of the year we’ll have a section solely dedicated to these products inside the meat department,” said Beretta. 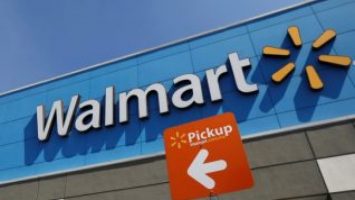 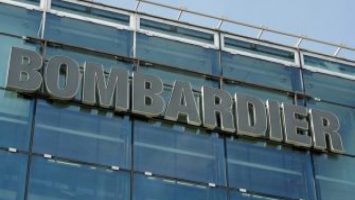