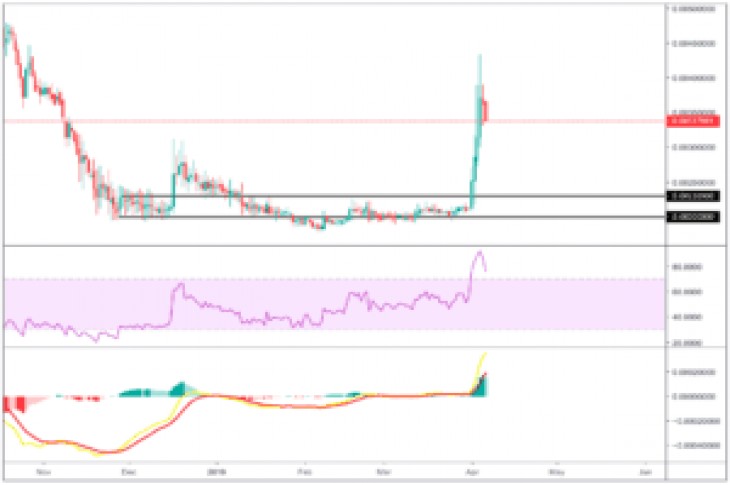 The primary reason analysts believe the price increased so rapidly was due to short seller liquidation, which serves to drive price higher.

Later in the week Cumberland, a Chicago-based OTC desk, noted that several trades of greater than 1000 BTC were executed within a short time frame.

Each of the dotted lines on the below chart represents a trade of greater than 1000 Bitcoin being executed.

Desk Update: The post-trade analysis of Monday evening’s price action revealed a series of large bids (>1,000 BTC per order) within a 1 hour span, which appear to be actual buyers vs. forced liquidations. pic.twitter.com/UiuHLoCbPr

The rapid price rise brought the Bitcoin price over both a downward trendline (which was a significant point of resistance during 2018) and also an area of seller liquidity between $4100 and $4250, which price failed to overcome on three prior attempts.

Price sharply fell in November and underwent a period of consolidation, before following up with another significant drop.

The price has been recording some consolidation over the past few days of price action.

This type of price action increases the likelihood that the next move we will see will be a significant one to the upside.

The next critical level to monitor for bitcoin is $6150, which was a crucial level in 2018 and held as support numerous times prior to price significantly breaking below in November.

Altcoins also recorded significant increases during the week with the price spikes taking place across the crypto market.

DOGE had been trading around $0.002 since early January, and the price spike has resulted in the price surpassing the point of the former high.

DOGE actually appreciated before the price spike which took place in other top cryptocurrencies.

While other top cryptocurrencies began increasing on the 2nd of April, the surge in DOGE started on the 1st of April.

Research shows Dogecoin to be the least correlated with the returns of other major cryptocurrencies and the week’s performance reflects this.

While Bitcoin began consolidating after its initial spike, the increase in Dogecoin lasted several days and has now started to reverse.

With buying pressure high and more bullish patterns forming across the cryptocurrency market, it is likely that we could see a second wave of buying hitting DOGE. 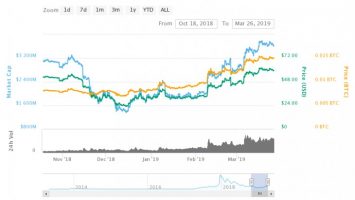 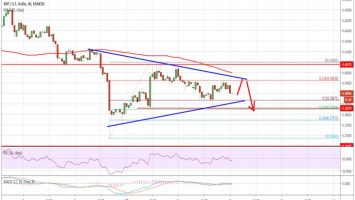