The inventor of the reality television programme “Big Brother”, John de Mol, has sued Facebook over its negligence in policing the advertisements it allows on its platform. The Dutch billionaire has been the face of a fake advertising campaign for a Bitcoin investment platform.

De Mol is not the only celebrity to have had his image usurped to generate trust in a scam investment platform. The scam has become so rife that Dutch authorities estimated that it cost victims almost 2 million euros last year.

According to report in Reuters, social media giant Facebook is being sued by the Dutch creator of the “Big Brother” reality television series. John de Mol alleges that the company should have done more to stop a fraudulent campaign advertising a Bitcoin investment platform.

An image of the billionaire entrepreneur was reportedly used alongside various advertisements for a scam Bitcoin investment platform. De Mol’s legal representation told an Amsterdam District Court judge that the company had not done enough to prevent the advertisements and that his complaints were not responded to quick enough.

Jacqueline Schaap, of De Mol’s legal team, argued that her client’s reputation had been damaged since his face was used to lure victims into clicking the advertisement. Many were subsequently defrauded, besmirching the entrepreneur’s name in the process. Del Mol’s lawyers also state that a total of almost 2 million euros have been taken from Dutch investors who believed they were investing in Bitcoin or some other crypto asset-related business.

The billionaire’s legal team states that De Mol was just one of numerous Dutch celebrities used for the Bitcoin-based scam. Previously, NewsBTC has reported on many different versions of the same scam. Often, they involve the use of some respected, high profile public figure with an interest in investment or entrepreneurialism. Common targets are individuals appearing on “Dragon’s Den” or “Shark Tank” style shows.

“We take the issue of misleading ads that violate our policy, and those that feature public figures, very seriously. These include the ads impacting Mr. De Mol.

He went on to state that the company does its best to prevent such advertising but those behind it were persistent, well=funded, and always changing tactics to get around the preventative systems Facebook has in place.

De Mol’s lawyers state that greater efforts by Facebook should have been made block such fraudulent Bitcoin investment advertisements. Schaap argued that the current self-reporting system that the social media website relies on was not enough:

“I don’t know what reality Facebook lives in, but that doesn’t work.” 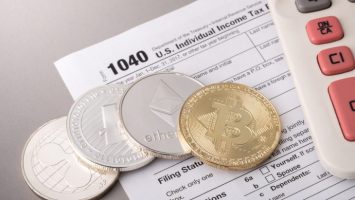 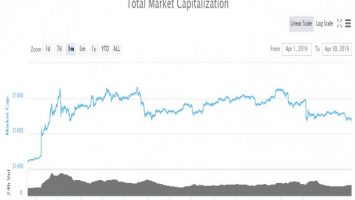