Crypto investors were incredibly disappointed earlier today after Bitcoin surged to highs of $9,000 before it began reeling lower, which has led many analysts to believe that a deeper pullback is imminent.

Despite this, one billionaire investor and crypto enthusiast recently explained that he believes BTC will begin consolidating between $7,000 and $10,000, which could mean that Bitcoin’s current price action is simply part of a much larger trading pattern that will persist for the foreseeable future.

At the time of writing, Bitcoin is trading down just under 1% at its current price of $8,630 and is down significantly from its daily high of over $9,000, which was only touched momentarily before selling pressure ramped up and sent the crypto plunging to its current price levels.

Although many investors were hoping that Bitcoin would move towards $10,000, it may be a while before the crypto is able to break into the five figure price region, as Mike Novogratz, the CEO and founder of Galaxy Digital, recently explained that he believes it will begin forming a pattern of consolidation.

“On a go-forward basis, Bitcoin probably consolidates somewhere between $7,000 and $10,000. You know, trees don’t grow to the sky… If I’m wrong on that, I think I’m wrong to the upside, that there’s enough excitement and momentum that it could carry through,” he explained on a recent conference call where he discussed the company’s financial results, as reported by Bloomberg.

Assuming that Novogratz’s assessment of this potential consolidation pattern is correct, then it is possible that Bitcoin’s current drawback could extend significantly further.

Analyst: BTC Still Bullish as Long as It Holds Above Technical Level

Although the recent flash surge and subsequent drop does appear to spell trouble for the crypto’s bulls, BTC may still have some fuel in it that allows it to continue climbing higher.

Big Cheds, a popular cryptocurrency analyst on Twitter, discussed this in a recent tweet, explaining that a test of $8,400 should provide greater clarity as to whether or not BTC is truly bullish at the present.

“$BTC #Bitcoin daily – $8400 re test should provide some clarity. Still incredibly bullish given that we are above EMA 8,” he explained.

$BTC #Bitcoin daily – $8400 re test should provide some clarity. Still incredibly bullish given that we are above EMA 8 pic.twitter.com/IRQykgGAhG

Although it is currently unclear as to whether or not the bullish upwards momentum that Bitcoin has incurred over the past several weeks is currently in jeopardy, it is likely that analysts will have a better understanding of what the latest price movement means for its long-term price action as the day continue on.

The post Billionaire Investor: Bitcoin Likely to Consolidate Between $7k and $10k; Will BTC Plunge Lower? appeared first on NewsBTC. 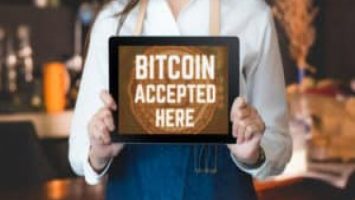