The manager of the Bank of International Settlements (BIS) has voiced opposition to the initiatives proposed by JP Morgan and other banks to issue their own digital currencies, which borrow from the design of crypto, whilst omitting its truly liberating features. Augustin Carstens made his comments during a speech at the Central Bank of Ireland recently.

Carstens posits that central banks, not accustomed to dealing with customers, will have to take on such responsibilities going forward. This will impact on their ability to dictate monetary policy.

Is JPM Coin a Bigger Threat to Central Banks Than Real Crypto?

Mexcian economist and BIS General Manager, Augustin Carstens, has stated that the creation of central bank-issued digital assets could pose:

“… huge operational consequences for central banks in implementing monetary policy and implications for the stability of the financial system.”

According to UK news publication CityAM, Carstens stated that it was the responsibility of central banks to ensure that the economy functions smoothly and that the “system is sound”. This contrasts with the latter’s responsibilities to appeal to and serve customers.

Without divulging much in the way of reasoning, Carstens went on to say that bank-issued, not-so-crypto-currency would “change the demand for base money and its composition in unpredictable ways”.

Instead of rushing into such schemes, Carstens instead prefers a more cautious approach. Whilst the need to innovate clearly important, such innovation should not come at the cost of other considerations:

“Central banks do not put a brake on innovations just for the sake of it. But neither should they speed ahead disregarding all traffic conditions.”

The sentiment from the BIS General Manager comes in the wake of multiple announcements from both central and commercial banks about plans to launch their own digital representations of value in the future.

Despite its CEO repeatedly lambasting Bitcoin and all of crypto, JP Morgan recently announced that it was working on its own stable-coin project – JPM Coin. The scheme has little in common with true crypto, however, since the token will be pegged to the dollar and entirely permissioned. For now, the bank has stated that it will only allow its institutional clients to use the new service for transferring value and in doing so, just further reinforces the divide between different levels of banking freedom around the world.

Alongside such schemes from banks, there have been a few proposals made by national governments to issue their own currency in a digital version. However, none of these have been launched as of yet, with the exception of Venezuela’s unsuccessful and frankly bizarre oil-backed digital asset, the Petro. The world’s first state-issued digital asset has thus far failed to ensure any form of economic recovery and the plight of those living in Venezuela seems to get more desperate by the day with a recent wave of blackouts the latest signaller of the tragic fallout of a mismanaged economic policy. 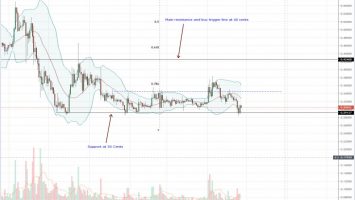 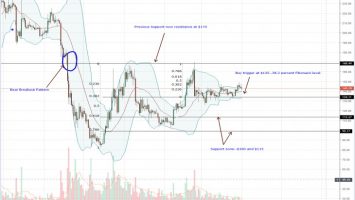