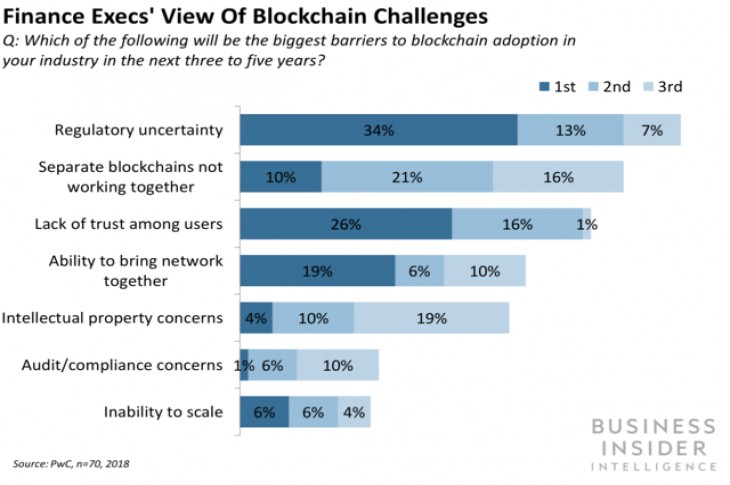 As much as some cynics, such as traditional investor Mark Dow, like to paint it, institutions are heavily invested in the crypto space already. Sure, the Chicago Board Options Exchange (CBOE) recently divulged that it intends to put its Bitcoin (BTC) futures vehicle on the backburner, but investment statistics accentuate that big names are flooding into this space.

Related Reading: Binance Research Report Claims That Less Than 7% of Crypto is Owned by Institutions

Business Insider reports that “major financial institutions,” coupled with prominent venture capital groups and technology powerhouses, are continuing to catapult money at the cryptocurrency and blockchain space. Data suggests that in the past four months alone, startups in this embryonic space have secured $850 million in 13 large deals.

Lesser-known yet respected crypto exchange Liquid, for instance, just closed its Series C funding round, which saw its private value rise to over $1 billion. Liquid saw cheques written from IDG Capital, a prominent Asia-centric venture fund, and Bitmain, the Bitcoin mining space’s most prominent yet controversial player. In the same vein, Bakkt, the cryptocurrency initiative/platform backed by NYSE’s owner, the Intercontinental Exchange (ICE), saw a casual $182.5 million fly its way, kicking off 2019 with a bang.

This influx of funding comes in spite of “finance execs’” worries that blockchain as a technological advancement still has an array of drawbacks: lack of regulatory clarity, failure to interoperate, a lack of network continuity, intellectual property concerns, and an inherent inability to scale.

If the level of investment keeps its pace for the rest of fiscal 2019, annual funding for blockchain and crypto asset startups will have seen its “second consecutive annual record,” as last year saw $2.4 billion raised in 117 different deals.

Interestingly, this figure cited by Business Insider contradicts the $1.6 billion of 2018 funding mentioned by industry analytics unit Diar, but the point is clear nonetheless: big names in finance, tech, and investment are still interested in this industry, 80% collapse aside.

Not only does the financing side of the cryptocurrency space have a heavy institutional atmosphere, but so does the Bitcoin markets themselves. In fact, on Tuesday, Matt Hougan, the head of research at Bitcoin exchange-traded fund (ETF) hopeful Bitwise, revealed that as his firm’s trade volume provider revealed that the volume of the CME’s BTC futures passed that of the largest legitimate spot exchange, Binance.

While the CME’s futures are paper-based, meaning that there is no physical collateral in the form of BTC backing them, this does show that institutions do play a bigger role in cryptocurrency than some think.

April 1st’s jaw-dropping surge would confirm this. As reported by NewsBTC previously, analysts and researchers are adamant that Bitcoin’s sudden $1,000 candle was the byproduct of a single trader/entity, rumored to be an institution or large fund located in Hong Kong. Research group CoinMetrics further suggests that the “committed actor,” implying that it was a well-connected whale or institution, played the market like a violin to their advantage, orchestrating trades on multiple exchanges, at times when liquidity was scant, to “maximize price impact.”

And this concerted effort to boost Bitcoin’s spot value might just be the catalyst that brings the genie out of its proverbial bottle, as institutional ramps are soon expected to launch en-masse.

Although Bloomberg, citing those familiar with Bakkt’s operations, recently wrote that the U.S. Commodity Futures Trading Commission (CFTC) isn’t all too excited with its Bitcoin futures proposal, the platform is purportedly still chugging along. The sources explained that instead of a green light from the CFTC, Bakkt is looking for a stamp of approval from New York’s regulators, which have historically been stringent, albeit still cautiously amicable towards Bitcoin-related ventures.

If the exchange secures this approval, Bakkt will soon launch its futures product, which many pundits expect to be a hit with institutional players waiting on the sidelines with millions, if not billions of dry powder. 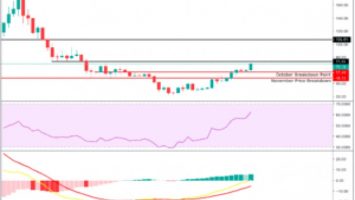 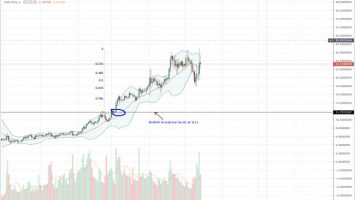