Bitcoin has been dubbed a lot of things by many different people. It’s digital gold; a store of value; a cryptocurrency; it’s rat poison; it’s freedom from inflation; it’s borderless. But at its core, the one thing it aims to become the most, is money.

Many argue that Bitcoin has many years to go before it can be considered “money” in the traditional sense, however, the first ever cryptocurrency has taken a major leap from being “magic internet money” toward becoming “just money.”

One Satoshi Is Now Worth More Than These National Currencies

Satoshi Nakamoto, Bitcoin’s mysterious and pseudonymous creator, designed Bitcoin to be deflationary, giving it a core advantage over fiat currencies, and coded the cryptocurrency to be divisible by up to eight decimal spaces, or 0.00000001 BTC.

The lowest possible denomination of Bitcoin is worth a mere $0.000080 – a far ways off from even being valued at a penny, the lowest physical coin offered in the United States as fiat currency.

However, according to Bitcoin analyst Rhythmtrader, the lowest denomination of “magic internet money” – the satoshi, named after the cryptocurrency’s creator – is now worth more than the Iranian Rial, Vietnamese Dong, and Indonesian Rupiah – all national fiat currencies of third-world countries.

The smallest denomination of Bitcoin, a single satoshi, is now worth more than some national currencies.

Just one satoshi or 0.00000001 BTC is worth over 3.3 Iranian Rial, 1.8 Vietnamese Dong, and 1.1 Indonesian Rupiah. For one satoshi to ever reach the equivalent value of one United States Dollar, each BTC would be valued at $100 million each.

It’s interesting that third-world countries with struggling economies that have national fiat currencies valued on parity with one satoshi, are also the countries that would benefit the most and find the most value in using Bitcoin over their native currencies.

It’s in these countries where trust in fiat currency is low, inflation is high, and each country’s respective government regularly oversteps their boundaries when it comes to their citizen’s money.

Bitcoin and other cryptocurrencies were designed to be decentralized and void of any central controlling party. This puts the power and control over an individual’s money back into the hands of the individual.

This is a huge shift in thinking, as paper, fiat currency has long dominated the globe, replacing gold as the main transfer of wealth and value. Such an evolution doesn’t happen overnight, and until now, nothing else had the potential to replace fiat currency.

If Bitcoin does indeed become the global currency and is used widely as the main form of “money,” fiat currencies that are currently the “face” of money will fall out of favor, and eventually become a distant memory as the entire world goes digital. 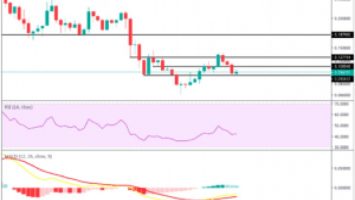