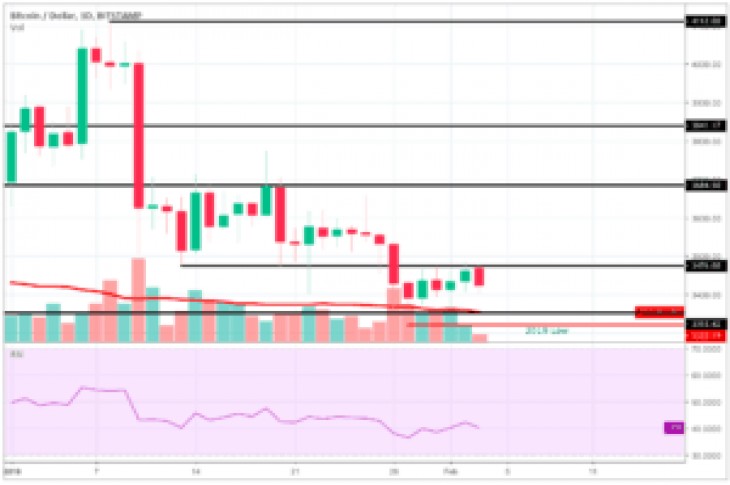 The week started with a bearish movement that brought the price below support at $3476.

Price had since started recovering during the week but met resistance at $3476 and has dropped today as a result.

Today’s drop has erased the gains of yesterday and price now trades between resistance at $3476 and support at $3353.

On the longer-term weekly timeframe, the key point to monitor is the weekly 200 simple moving average (SMA).

The 200 SMA is often used by analysts to assess the direction of the long-term trend and price has already met support at this area during drops in December.

However, the price has already broken below the 200 exponential moving average (EMA) which is also considered by many to be an extremely bearish sign.

When price bounced from the 200 SMA support in December, it found resistance at the 200 EMA.

If price breaks below the weekly 200 SMA, the next key area of support may be around $900 to $1100 as this was the last area where price found significant amounts of liquidity. 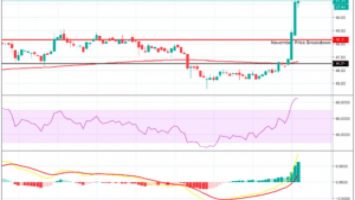 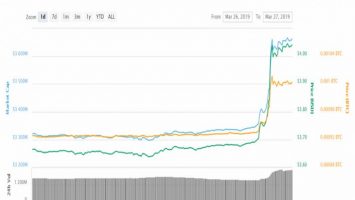