2018 turned out to be a terrible year for the cryptocurrency markets, with Bitcoin plummeting from its late-2017 highs of nearly $20,000 to lows of just above $3,000, and many other cryptocurrencies posting losses of 90% or more from their early-2018 highs.

Despite this, 2019 is shaping up to be a great year for the crypto markets, and if they are able to maintain their upwards momentum, they may be able to continue surging back towards their previously established all-time-highs as the year continues on.

At the time of writing, Bitcoin is trading up over 1% at its current price of $5,350 and is up from its weekly lows of approximately $5,000 which were set last week after Bitcoin failed to break above $5,400 and spiraled downwards.

Bitcoin started the year at approximately $3,746 and has since surged nearly 43% to its current price levels, making it the best performing investment asset so far in 2019.

Last week, Charlie Bilello posted a comparison on Twitter, noting that Bitcoin was the second-best performing asset so far in 2019 behind oil. In the seven days since this comparison was posted, however, BTC has continued climbing and is now the best performing major investment this year.

At the time of writing, WTI Crude Oil is trading up 37% year-to-date (YTD), while BTC is up 43%, as discussed previously.

While looking towards the traditional equities markets, which ended 2018 on a low note but have since surged, Bitcoin has significantly outperformed them, with the S&P 500 currently trading up just under 17% YTD, and the Dow Jones Industrial Average up less than 15% YTD.

Although Bitcoin is currently the best performing major asset in 2019, other smaller cryptocurrencies have significantly outperformed BTC this year.

Binance Coin (BNB) is one example of a smaller cryptocurrency that has significantly outperformed BTC, as the cryptocurrency just recently surpassed its previously established all-time-highs and is showing few signs of slowing down.

The crypto market’s overwhelmingly positive performance over the past several months has significantly improved the sentiment of embattled investors who had previously been burned by the 2018 bear market, and growing fundamental strength may allow for further price gains as 2019 continues on. 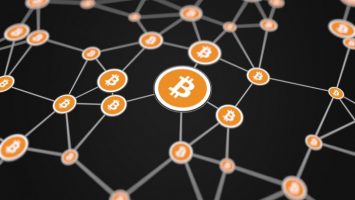