By zeroing in and targeting personal saving accounts, Matteo Salvini, the Deputy Prime Minister of Italy, is inadvertently advertising Bitcoin. Resilient and thriving with an unpopular decision, BTC bulls are back. Ending the week strongly, prices are up 7.4 percent from last week’s close.

Generally, Bitcoin is a machine, a juggernaut whose benefits is enough to promote the first successful digital asset. Withstanding the test of time, shaking off critics-and governments attempts to stunt its growth, Bitcoin is on overdrive thanks to the Network effect.

Law enforcement and the FBI were successful in dismantling the founders of Silk Road and punishing Ulbricht, but Bitcoin shook off the Fear, Uncertainty and Doubt (FUD). Before the great financial crisis, there had been attempts. However, none were successful.

Leveraging the power of the masses, the elusive Satoshi created a self-lubricating robot propped by everyday people fed up by banks. So BTC is back full circle to the early days of Bitcoin. The Italian government is pushing citizens to the wall .

Keen on raising more revenue, Matteo Salvini is going after personal saving held in private bank vaults.  As a result of this controversial decision, a Twitter user, Giacamo Zucco, is elated. Saying the move is a direct endorsement of Bitcoin, he sarcastically lauds the government saying:

“Never been more proud than these last few days of Italy’s role in promoting Bitcoin! This is just one of many tweets of the same kind! They say that Bitcoin, unlike scam coin, has not a marketing department. Not true: its marketing department is the socialist Nation States.”

Currently, BTC is trading within a bullish breakout pattern. Adding 3.1 percent and 7.4 percent in the last day and week respectively, bulls are back. However, in line with the previous BTC/USD trade plan, the best approach going forward is to be cautiously optimistic going forward.

Because of this stance, there is an opportunity for aggressive traders to accumulate in smaller time frames as they aim at $8,500 or $9,100.

On the reverse side, a definite close above $9,100 complete with high trading volumes will set the ball rolling for $10,000 or better.

From the daily chart, May 30th candlestick has superior participation, albeit being bearish. As such, it props this trade plan. Any close above $$8,500 or May highs should ideally be with better trading volumes exceeding 31k or 47k of May 14th. 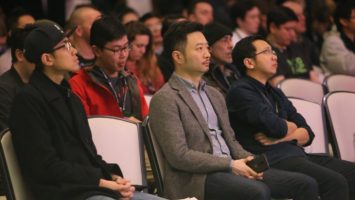