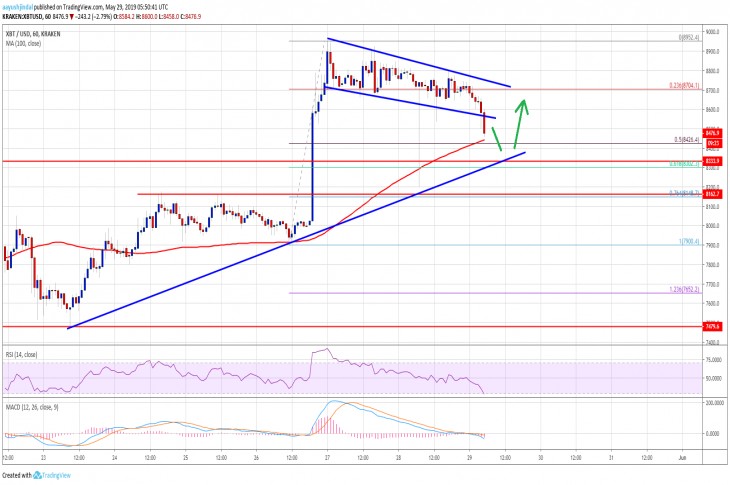 Bitcoin price started a downside correction below $8,600 against the US Dollar. BTC is likely to test the 100 hourly SMA or $8,300 before it starts a fresh upward move.

Looking at the chart, bitcoin price is clearly correcting lower below $8,600. However, there are many key buy zones near $8,425 and $8,400. As long as the price is trading above the $8,300 support zone, it is likely to complete correction and increase towards $8,700.

Hourly MACD – The MACD is currently gaining strength in the bearish zone.

Hourly RSI (Relative Strength Index) – The RSI for BTC/USD declined recently below the 40 level, with a bearish angle. 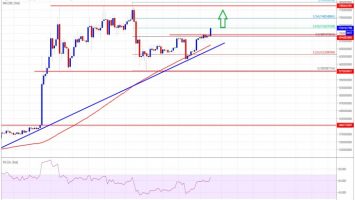 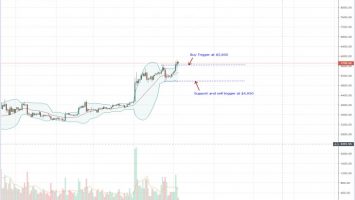