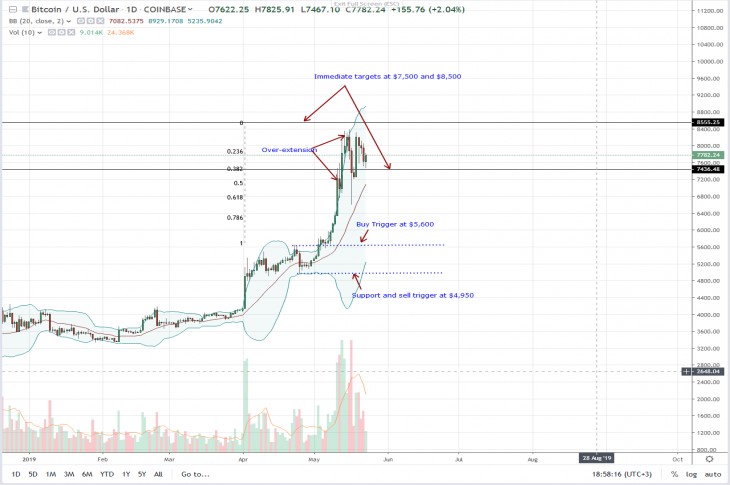 It’s a sea of red in the top-10 and Bitcoin is down 4.8 percent from last week’s close. However, that doesn’t imply weakness because Brian Kelly, a crypto fund manager, says many are hoarding in expectation of 2020 scarcity.

Yes, there has been a Bitcoin (BTC) pullback, but that is not enough to dampen expectations of its users. Trading at $7,600 on most crypto markets, Bitcoin is down 4.8 percent in the last week and has shed 2.1 percent in the 24 hours. All the same, most analysts were expecting this drawdown.

Therefore, as prices retrace, this recalibration will allow for price action to fairly value Bitcoin, especially ahead of next year’s Bitcoin halving. It is the general belief that the resulting 50 percent drop in daily Bitcoin rewards will tilt the scales, pushing the value of the cryptocurrency higher due to the shift in the supply-demand dynamic.

With the halving historically catalyzing surges in the value of cryptocurrency, some are sure that the same will be seen with 2020’s even. Brian Kelly, a prominent crypto fund manager, agrees with this sentiment. While talking to CNBC, the staunch Bitcoin bull said:

“We are going to hoard Bitcoin at this point. We’re not going to sell it. You generally have a rally a year into [a Bitcoin halving], and a year out of it. And so, we’re just at the beginning of that stage […] a supply cut is generally bullish.”

There is room for Bitcoin bulls to show strength, despite the drop to red territory. Note that prices are down 2.1 percent from yesterday’s close. This move though was seen with low trading volumes, and most importantly, caused BTC to trade within our anchor band, the May 19th range.

As a result, bears may appear to be in control, but aggressive traders can take advantage of this weakness to accumulate on dips. They can use our first targets at $8,500, as laid out in our last BTC/USD trade plan.

The stand is because sellers are yet to convincingly wipe gains of May 19th as price action ranges inside a $1,000 zone with strong support at $7,500 or the 50 percent to 61.8 percent Fibonacci retracement levels of May’s price action.

In light of the above, our anchor bar is May 19th. It is wide-ranging with relatively low participation of 25k versus 37k average, which is still better than May 22nd volumes of 17k. Any break above May 19th highs must be at the back of high volumes exceeding 25k or 47k of May 17th.

The post Bitcoin (BTC) Will Easily Recover Ahead of Halving, Manager Confident appeared first on NewsBTC. 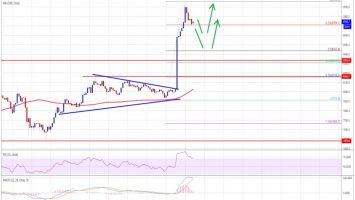