Satoshi Nakamoto, the pseudonymous creator of the Bitcoin protocol, always expressed an inkling of mistrust and cynicism towards centralized institutions, including Wall Street and the incumbent government. And for many years, much of the broader crypto community echoed these thoughts.

Over the years, however, the underlying value proposition of Bitcoin and other digital assets have been misconstrued, especially as ‘get rich quick’ schemes have become a sector mainstay. But, some are still adamant that eventually, cryptocurrencies and related innovations will usurp the hegemony that fiat currencies have established for themselves.

In a recent interview with the Youtube channel “TheBitcoinofCryptoStreet,” Tim Draper, a known venture capitalist that loaded his crypto bags early, explained where he sees this market headed over the long haul.

He explained that as it stands, there is approximately $100 trillion worth of fiat currencies in circulation. While this form of money evidently makes up a majority of the flows, Draper argues that using such “poor” currencies is illogical, citing their controllability, lack of transparency, and subjectivity to political and social whims on the day-to-day.

And as the American investor argues that most of the brightest developers, engineers, and academics are working on digital assets — Blockchain Capital’s Spencer Bogart would agree — Draper notes that there could be a capital flight from fiat to crypto over time. He elaborates:

“My belief is that over some period of time, the cryptocurrencies will eclipse the fiat currencies. That would be a 1,000 times higher than what we have now.”

In a subsequent comment, Draper quipped that in five years’ time, when consumers walk into Starbucks using fiat, the baristas will “laugh at you.” He’s effectively implying that Bitcoin and other medium of exchange digital assets will be used in the place of traditional payment rails, like U.S. dollars, Euros, or Yen on Visa or Mastercard.

Funnily enough, these remarks come just months after he predicted that a relatively mere 50% of the fiat market would migrate to cryptocurrencies. Regardless, the bottom line is that he sees long-term potential in the value of cryptocurrencies and their ability to overtake traditional currencies, which can and often are inflated each and every year.

If Draper’s lofty dreams come to fruition, the world, by extension, will presumably be rife with systems based on blockchain technologies. And the long-time crypto proponent touched on this.

He explained that with a blockchain-only world, “our days would be so happy,” explaining that the technology liberates society from classical constraints. Draper notes that with decentralized technologies, government control is effectively revoked altogether, leading to a society that is, in general, more prosperous and equal in terms of wealth distribution.

Thought leaders and industry executives, like Ethereum’s Joseph Lubin, have recently made similar comments. At South By Southwest, which was attended by crypto pioneers such as the Winklevoss Twins, Lubin explained that in ten to twenty years, uch of the global economy will be in some way, shape, or form related to blockchains.

While many embroiled in the crypto ecosystem would agree with Draper’s buoyant sentiment, the Bay Area investor has recently come under fire. In HBO’s recent documentary about the tech-heavy blood testing firm Theranos, titled “The Inventor” Out for Blood in Silicon Valley,” Draper made a surprising appearance.

Throughout the feature-length film, Draper, who invested in the now-scam Theranos, sported a royal purple tie studded in Bitcoin logos. Thus, some viewers of HBO may unconsciously associate questionable investment decisions with crypto.

2/ it’s @TimDraper in a bitcoin tie and i feel so conflicted!

did anyone watch this scene and go “huh?”

k thanks for the chat pic.twitter.com/YCvy0tg2yn

But should his tacit involvement in this scheme, which he likely didn’t know about, discredit his comments on the long-term prospects of cryptocurrencies and blockchain?

Right now, not many can come to a conclusion, as they still see Draper’s Bitcoin-related thoughts as credible due to his previous successes and raison d’etre.

Yet, the fact that he wore a clear piece of unofficial Bitcoin merchandise may not give the public the best impression of cryptocurrency, as Theranos was revealed to have swindled not only the BTC enthusiast, but Walgreens, Safeway, and notable venture capitalists the world over. 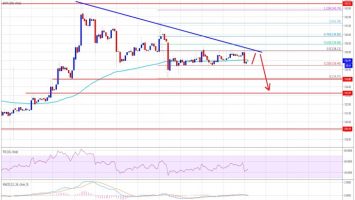 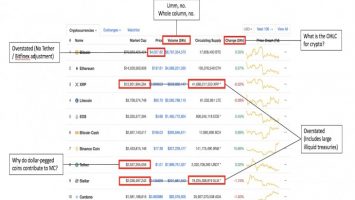