Since its birth, Bitcoin (BTC) has been lauded as an alternative to traditional assets day in and day out. Most notably, the cryptocurrency is. in the eyes of some pundits, a replacement to gold, specifically the metal’s store of value capabilities. But if Bitcoin takes over gold’s hegemony, what would happen to the value of BTC?

The Case For A Six-Figure Bitcoin

According to HodlWhale, a Seattle-based cryptocurrency investor, a world where Bitcoin has absorbed all the value of the gold in circulation would see BTC valued at $350,000.

If #Bitcoin were to displace the value of gold the current value of a single Bitcoin would be $350K. Bitcoin has the ability to displace value across many financial and technology markets. $BTC is greater than #Gold #BTC350K

This figure isn’t exactly baseless. As reported by NewsBTC on an earlier date, all gold in circulation is currently valued at approximately $7.83 trillion, while all BTC has a mere $94 billion valuation. If the latter was to fully displace the value of the first, Crypto Voices, an industry analytics and research group, estimated that BTC would swell to a value of $450,000 — slightly above HodlWhale’s estimate.

And while this sounds absurd, especially considering that cryptocurrencies remain in the depths of a brutal bear market, some are sure that Bitcoin will become the “digital gold” that its investors want it to be.

Mere days ago, Adamant Capital, a Bitcoin-centric fund led by long-time investor Tuur Demeester, released a report on the crypto market’s current status. Following an explanation that “whales” are accumulating cryptocurrencies en-masse, the market is expressing “hope,” and that a further drawdown could be possible if conditions are right, Adamant’s partners explained that they expect for Bitcoin to disrupt traditional assets, like stores of value and reserve assets.

Our new report "Bitcoin in Heavy Accumulation" is out. Read here: https://t.co/DkjedcF3RG pic.twitter.com/UpQotZUTdW

The firm specifically looks to the growth of Bitcoin scaling, like the Lightning Network’s staggering growth and the rise of sidechains; the institutionalization/financialization of this industry through Bakkt, Nasdaq’s futures, etc., and the rise of the millennial demographic to claim that BTC could become a “globally used digital gold and reserve asset.” But why exactly should BTC usurp gold?

Well, it’s simple, to be frank.

As Gemini’s Tyler Winklevoss explained, Bitcoin is “better at being gold than gold itself” — a sentiment held by many long-standing cryptocurrency investors. He specifically looks to the fact that BTC is portable, sculpted for today’s digital society, even scarcer than the metal, censorship-resistant unlike traditional assets, and decentralized as a way to back this cheery sentiment. At one point, the cryptocurrency entrepreneur added that the only thing that gold has over BTC is a “3,000-year headstart.”

The post Bitcoin Displacing Gold Entirely Would Value BTC At $350,000: Is It Possible? appeared first on NewsBTC. 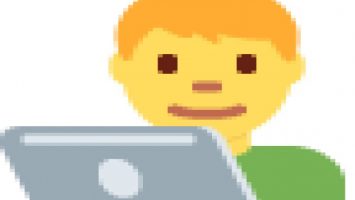