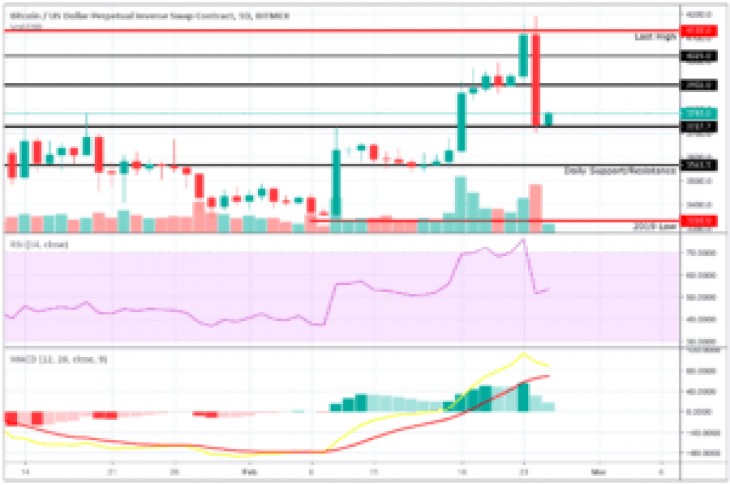 Bitcoin has failed to overcome a number of key levels after the significant price decrease which took place yesterday.

Price had been meeting resistance at a number of points including the 50 EMA on the monthly, the 200 EMA on the weekly, and the point of the former high.

The price increase which preceded the significant price decrease brought price above the 50 EMA.

With a week to go until the close of the monthly candle, price failed to stay above and yesterdays dump in price brought the price back below.

It is also worth noting that the monthly RSI is trading near its all-time low.

The MACD continues to converge to the downside and continued bearish movements will bring the MACD to a centerline crossover which may spur a significant amount of selling.

Price has already tested the weekly 200 EMA a number of times.

Another increase to the point of the 200 EMA would have a greater likelihood of breaking above.

Most of the week’s gains were erased with yesterdays decline.

The decrease is an extremely bearish move for Bitcoin.

It shows Bitcoin failing to form a higher high on the weekly chart and also results in a lower low forming on the daily chart.

$3900 will be the next likely point of resistance for price and price has already met support at $3724.

The price decreases yesterday marketed a return to Bitcoin outperforming in relation to altcoins.

Bitcoin outperformed altcoins for the vast majority of 2018 as prices spent the entire year in a downtrend.

The same was the case yesterday. Data from Messari shows Bitcoin declining 8.51% over the past 24 hours whereas EOS declined 22.11%.

EOS briefly found some buyer liquidity at a former area of consolidation for the price but has continued to drop below this point and has met support at $3.27.

$3.27 was a former area of resistance for the price and is now acting as support.

This area may now provide some seller liquidity as price approaches the area once again. 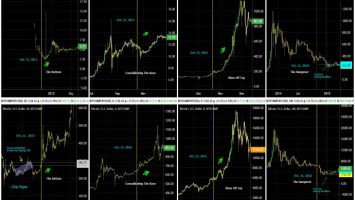