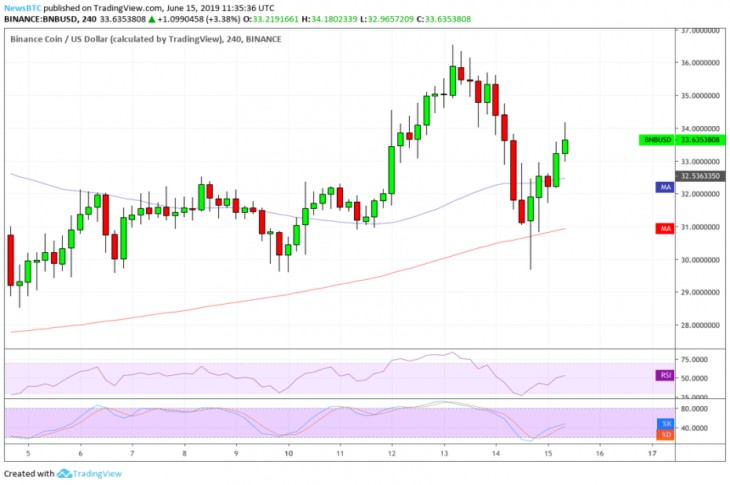 Bitcoin is becoming a hedging instrument even against the rest of the cryptocurrency market.

The largest cryptocurrency profited as much as 6 percent on Friday to close above $8,700. At the same time, other leading cryptocurrencies, such as Ethereum, Litecoin, and EOS, trended in negative territory. The massive contrast between the bitcoin and the rest of the cryptocurrency market indicated a capital flight. Traders suggestively exchanged a bulk of altcoins for bitcoin as a safety measure against the latest Binance announcement.

The Malta-based cryptocurrency exchange, which accounted for the highest global cryptocurrency volume, announced on Friday that it is barring US customers from accessing its services. The announcement indicated that Binance would lose about 15 percent of its net monthly traffic, amounting to over 40 million customers. The firm’s sudden shutting down reportedly prompted the US customers to withdraw a large number of altcoins, which included Binance’s very own native token BNB coin.

The BNB price dropped by as much as 17 percent against the BTC on Friday.

Alex Krüger, a prominent market analyst, said today that Binance’s issues with its US customers are bullish for bitcoin. He cited Tether, the company behind the controversial stablecoin USDT, to explain the correlation of bitcoin with the rest of the altcoin market. In April 2019, the New York Attorney General’s office on April 25 announced that it had obtained a court order against Tether and its associate firm BitFinex for allegedly hiding $850 million loss from USDT investors.

“Upcoming Binance’s issues with US residents = Bullish for BTC,” wrote Krüger. “This was even clearer than with April’s Tether “FUD.” Speculators are supposed to act on meaningful news, not just theorize about it.”

Upcomimg Binance's issues with US residents = Bullish for $BTC. This was even clearer than with April's Tether "FUD". Speculators are supposed to act on meaningful news, not just theorize about it. https://t.co/7bAfEOiXTW

The bitcoin market’s intraday arrangements point to a small downside correction, according to its overbought Relative Strength Indicator on Coinbase daily chart. Nevertheless, market analyst Josh Rager suggest that the cryptocurrency has fuel to retest $8,750, given it manages to float above $8,000.

Nice break up out of that rising wedge, big players painted it perfect on the chart to trap many into shorting followed by liquidations

Break & close above $8948 is bullish pic.twitter.com/bAlkGNFxz2

Pseudonymous analyst BitBit believes bitcoin is due for a much larger upside move than what is suggested by Rager. He measured the cryptocurrency based on monthly performance, stating that it could continue its bull run to touch the five-figure status.

The bitcoin price was trading at $8,645 at the time of this writing. 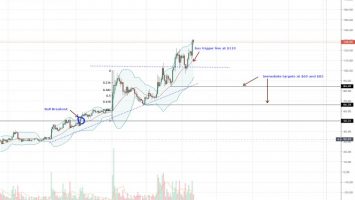 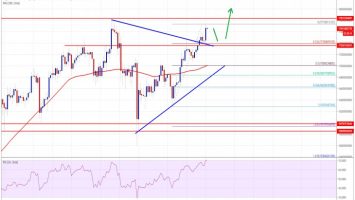