As Bitcoin price inches closer to $10,000, the market is still showing signs of disbelief due to the speed and power at which Bitcoin rose out of the depths of the bear market. No one expected the crypto asset to spike so strongly following the longest bear market on record.

The price targets thrown around by crypto investors around the time the bottom was put in – around mid-December – clearly display just how unpredictable the crypto market is, as no one at all was calling for Bitcoin to breach $6,000 and so quickly be knocking at $10,000’s door.

Financial market cycles all play out the same way, and despite it being an emerging asset like no other, Bitcoin has been no different and has demonstrated the same peaks and troughs of investors sentiment. Bitcoin price rose substantially in 2017, forming a “bubble” peak that popped, causing an 85% decline following the break of the crypto’s parabolic advance, and the longest bear market on record ensued.

During this time, irrational exuberance, euphoria, and hype quickly turned into anxiety, denial, and soon, panic, as the price of Bitcoin and other cryptocurrencies plummeted faster than they rose in the first place. As the market bottomed, anger, depression, and fear are emotions that are at their highest, causing investors to be reluctant to buy at prices that would otherwise be viewed as ideal entry points. This fear-filled sentiment clouded the judgement of many, as can be seen in volume profiles during that price action.

Also around that time, recently capitulated crypto investors began targeting far below the Bitcoin bottom of $3,150 and had been looking for prices in the $2,000 range, with some calling for $1,000 or lower.

When we were at the 3-4K range, I don't remember seeing one analysis or chart predicting $BTC having 8.9K+ as a target.

Goes to show nobody knows what's going to happen next.

One person called for “triple digits” for the rest of the year and not until 2020 when Bitcoin would break back into four digits. Instead the cryptocurrency is already targeting five digits with a decisive break of $10,000 not out of the realm of possibility.

Collectively, most investors didn’t see Bitcoin breaking above $6,000 anytime soon, and certainly no calls for $8,000 or above. Most assumed Bitcoin wouldn’t start a new bull market for at least another year. The entire rally has shocked investors across the board, suggesting that the crypto market is just edging its way out of the disbelief phase.

What comes after disbelief is new hope, followed by optimism. After that the bull market will help guide the price of cryptocurrencies high once again, and the cycle will reach full-blown euphoria once again.

Much like overly bearish price targets were actually a signal to buy, once euphoria sets in, and investors begin talking about million dollar BTC, it might be a signal that the top is in, and it’s time to repeat the entire cycle all over again. 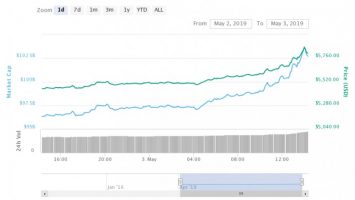 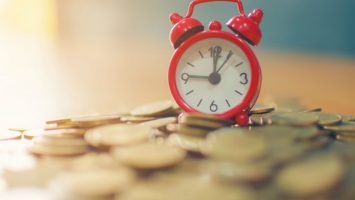