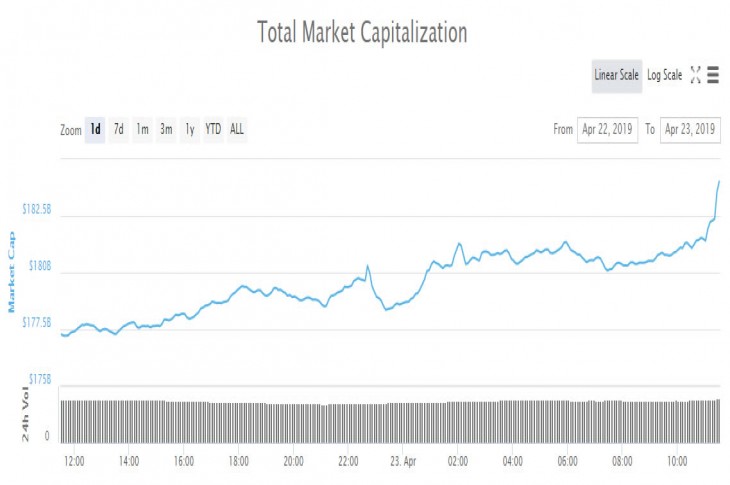 As the week progresses crypto markets are looking stronger. Bitcoin is pulling them all up as it breaks through resistance to form a new 2019 high. Market capitalization is ramping up to do the same as it surges upwards of $180 billion again.

Bitcoin did what many had been waiting for over the past week – break resistance and surge to $5,640 according to TradingView. In typical fashion this happened within about an hour during the Asia trading session late this morning. The move puts BTC up almost 7 percent today as that fabled ‘golden cross’ finally comes into play. Next stop will be $6,000 if the momentum can continue in Europe and the US today.

Ethereum has been a lot slower to react and has only moved a couple of percent to just below $175 again. It is likely to move higher on the BTC momentum though as the day progresses, getting a boost from its big brother.

The altcoins are all green again as Bitcoin plays the digital pied piper and leads them all higher. The top gaining crypto in this section at the time of writing is Cardano which has pumped 9 percent on the day to $0.080. Not a great deal of movement elsewhere though aside from Bitcoin Cash which is back at $300.

The top twenty is also starting to move with Tezos climbing the most at 8 percent to $1.43. Bitcoin SV and NEO have made 4 percent and the rest a couple. Gains are likely to increase as the day goes on if Bitcoin can hold itself above $5,500.

A huge fomo driven pump has taken DGD up 34% on the day. Binance has taken 70% of the $30 million daily volume as the gold based token surges to $35. DigixDAO used to trade inversely to the rest of the altcoins as it was commodity based but the bear market has hammered it just as badly.

South Korean crypto favorite ICON has also had a strong day with a 15% pump to $0.41. There are no major dumps occurring right now but BAT is at the bottom of the pile as it drops another 6 percent today with Maximine Coin not far behind.

Total crypto market capitalization is likely to hit a new 2019 high later today. It is currently at $184 billion which is up 4 percent on the same time yesterday. The $7 billion cash injection has gone largely into Bitcoin which is at three month market dominance high of 53.2%. Total volume is approaching $50 billion as more gains across the board are likely to follow this Tuesday. 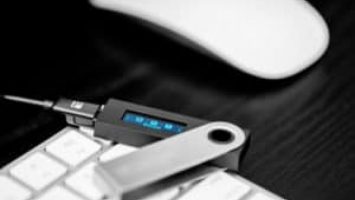