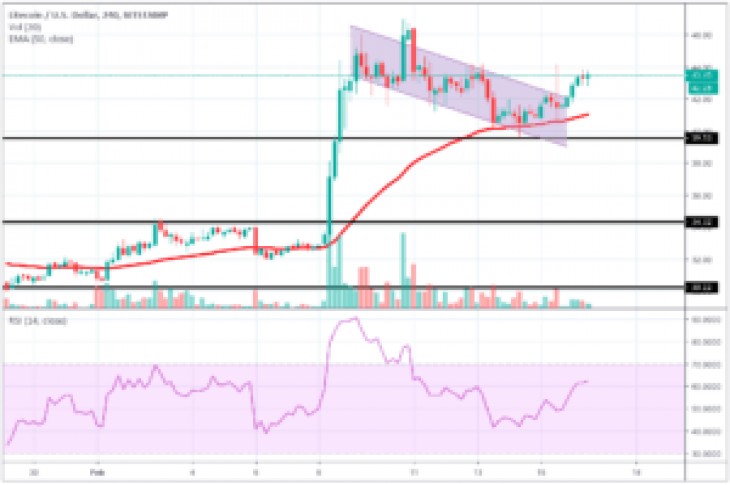 It has been a week of tight trading for bitcoin as it trades between two important levels for price action.

Below price lies an important weekly level at $3492. Above price is a level at $3680 which has acted as both support and resistance a number of times since mid-December.

Many analysts have been forecasting bullish movements after a bull flag setup formed after last week’s bullish price increase.

Price continued to trade in a downward channel for the majority of this week which is part of the bull flag pattern.

However, the pattern does not typically take this long to play out decreasing the likelihood that it will play out.

Further decreasing the likelihood of the bull flag playing out is the market structure forming in Bitcoin and the key resistance levels above price.

The surge which took place last week failed to surpass the previous high resulting in a more bearish market structure.

Above price is the $3680 resistance and also the 50 EMA around the same point which has acted as resistance on numerous occasions.

Price has been increasing over the past 24 hours, and many traders are likely using this increase to take short positions as price approaches the resistance levels.

The key difference with Litecoin compared to Bitcoin is Litecoin managed to form a higher high during the bullish movement which took place last week.

This forms a more bullish market structure but litecoin also has some key resistance levels to overcome for the price to continue to increase and for yet another higher high.

However, the price seems to be meeting strong resistance at the 200 SMA and it would likely require a significant surge for the price to overcome this point.

Litecoin has also been forming a bull flag pattern with price trading within a downward channel for much of the week.

Similar to Bitcoin, it has been increasing over the past 24 hours.

Litecoin is one to closely monitor as it has acted as a leading indicator for Bitcoin on numerous occasions.

However, if the increase continues and accelerates in momentum, the daily 200 SMA remains the key level to monitor for litecoin.

Bitcoin Vs Litecoin – Bull Flags Yet to Play Out for BTC & LTC was originally found on Cryptocurrency News | Blockchain News | Bitcoin News | blokt.com. 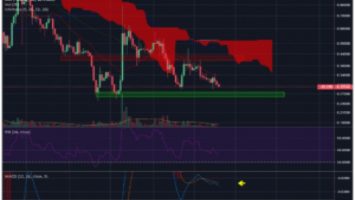 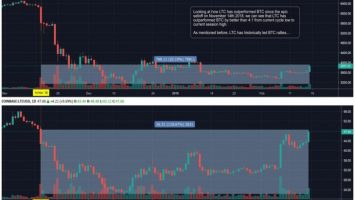