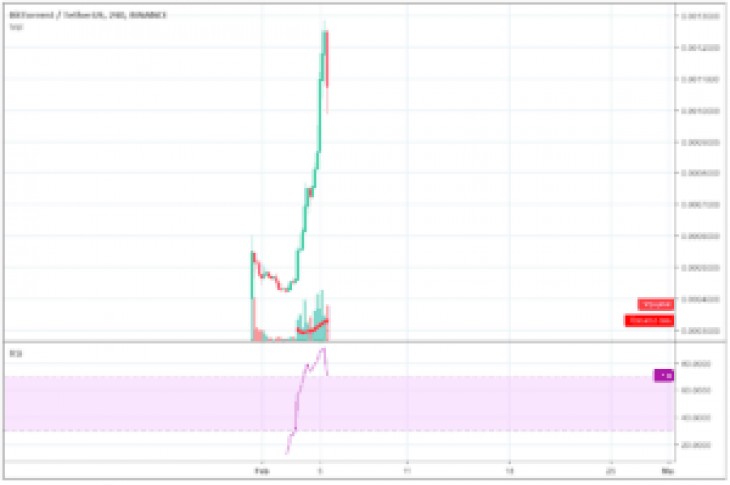 There is a reason “to the moon” is used in cryptocurrency trading terminology.

BitTorrent token which completed an ICO on January 28th has just listed on Binance.

Price quickly surged upon listing and has already reached a high of $0.00128, over 10x the ICO token sale price.

The token has accounted for $675 million worth of trading volume over the last 24 hours making it the fifth most traded cryptocurrency regarding market volume.

Analysts are extremely divided over the prospects for the token.

Peter McCormack, the host of the What Bitcoin Did podcast, shared his thoughts on Twitter earlier today.

The BitTorrent token is utterly stupid:
– Nobody will buy a token to increase the speed of downloads on BitTorrent
– Even if they want to it is a usability nightmare
– Justin Sun should not be trusted
– Nice Pump for Binance while volumes are down

Price has since started to reverse showing volatile price movements.

The market is struggling to value the token, and this is resulting in the volatile movements we have been seeing.

Justin Sun and his team are renowned for their marketing expertise and ability to generate significant hype behind projects which often results in price surges.

This has been seen countless times in Tron, the smart contract platform which Sun founded.

Investors purchased a total of 59.8 billion BitTorrent tokens in the ICO.

Many have seriously questioned the use case of these tokens.

While the token has mostly surged so far, it will take some time before the market can more accurately estimate the value of the token. 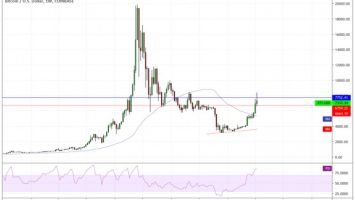 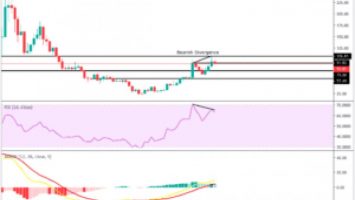