A firm working to bring traditional financial services to those invested in crypto assets has lowered the minimum Bitcoin account balance required to receive interest payments. The move is reportedly in response to public pressure to make the service more accessible.

Naturally, those wishing to use BlockFi’s interest accounts should be aware that such custodian services carry far greater risk to Bitcoin investors than if they were to take responsibility for their own private keys. High profile exchange hacks highlight the danger to those choosing to store their crypto with large centralised services such as BlockFi.

Less than one month after it originally launched its crypto interest accounts, BlockFi has updated its terms of service to lower the minimum account balance needed to receive payments. Previously, users would need to hold a full Bitcoin – worth over $5,600 at the time of writing. This has now been lowered to 0.5 BTC.

The news broke via a BlockFi monthly update, posted to its blog earlier today. According to the post, the move has been influenced by large numbers of public requests:

“After launching BIA, a lot of users reached out to our team asking that we drop our minimum eligible balance to earn interest. We’re excited to let our community know that BTC balances of 0.5 BTC and up will now begin earning interest on their deposits. “

The change will take affect on May 1. What’s more, it will be applied retroactively, meaning all those that held balances of over 0.5 Bitcoin with BlockFi since April 1 will be paid interest on their balances too.

Also detailed in the post is a change to BlockFi’s terms regarding its Ether interest accounts. Previously, the firm offered to pay interest on any Ether accounts with a balance of greater than 25 ETH. However, market conditions have apparently forced BlockFi to up this minimum threshold to 250 ETH – around $43,250 at today’s prices.

Finally, the firm has also announced that it will open its services to Indian crypto investors too. Again, this has been influenced by sheer demand for the service. This brings the total number of countries eligible to use BlockFi to 65.

Although many Bitcoin investors will no doubt be delighted by the lowering of the minimum account balance required by BlockFi to take advantage of its interest account, those wishing to should do so with caution. Centralised companies offering such services that require crypto deposits have been targeted many times by hackers.

The blog post proudly details the total amount held by BlockFi, which has exploded so far during 2019. From just over $10 million this February, the firm now boasts an impressive (and ultimately alluring) $53 million of client funds. No doubt, this will only increase with the latest announcement and no doubt there are teams of cyber criminals working round the clock to compromise the Bitcoin and crypto financial services company for their own gain. 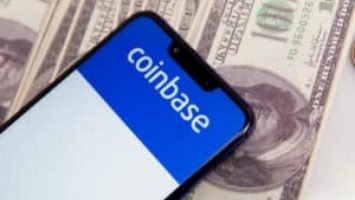 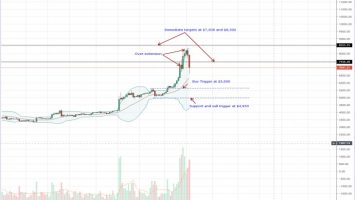