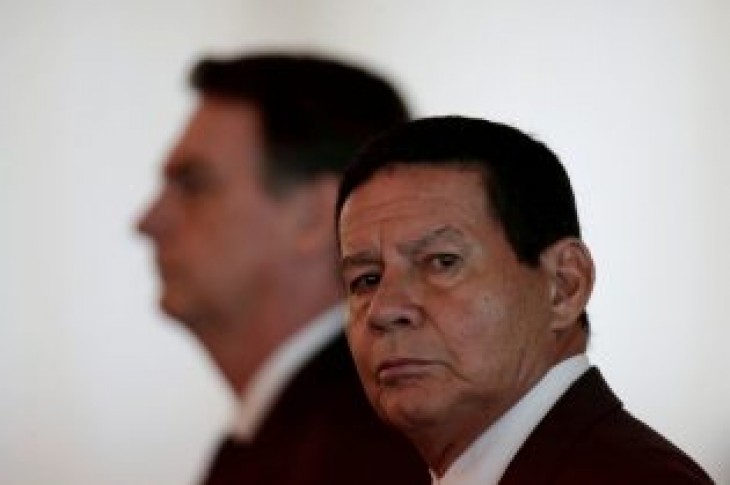 By Lisandra Paraguassu and Anthony Boadle

BRASILIA (Reuters) – A barrage of criticism this week from the sons of Brazil’s right-wing President Jair Bolsonaro aimed at the vice president has laid bare stark divisions in his cabinet, raising serious concerns from senior members of his four-month-old government.

People close to the president say the retired military officers who make up a third of Bolsonaro’s 21-member cabinet fear the attacks on Vice President Hamilton Mourao, a former general, are threatening to derail an uphill effort to pass the president’s economic reform agenda.

“We are wasting time. The economy is at a standstill, unemployment is increasing and people are discussing such nonsense,” a senior official in the government told Reuters, requesting he not be named due to the sensitivity of the matter.

Bolsonaro’s sons Carlos and Eduardo, among the president’s four sons and a daughter from three marriages, have accused Mourao of disloyalty and criticized him on social media and in the press.

Mourao is the most outspoken of the former generals in Brazil’s government. His more pragmatic approach on foreign affairs and hot-button cultural issues has drawn the ire of the president’s hardline conservative advisers – including his sons.

Even for a country with a long history of political dynasties, the unprecedented influence of the president’s family and open sparring with a formal adviser have stymied observers.

“Political clans have held sway in Brazilian state politics, but we have never seen a family dominate the federal government this way before, or attack the vice president like this,” said Carlos Couto, a politics professor at think tank FGV.

Carlos dos Santos Cruz, a former general in a cabinet-level position overseeing communications and congressional relations, downplayed the divisions in the government and chalked the clamor up to a new media environment.

“The internet is an open channel. It’s different from when you had traditional media and the campaign ended,” he said. “Now the campaign continues. Everyone keeps debating, fighting, criticizing. Those that helped in the campaign think they can keep giving their opinion in the government.”

Carlos Bolsonaro, a Rio de Janeiro city councilman behind the social media campaign that helped to elect his father, unloaded on Mourao via Twitter this week, questioning his loyalty and conservatism in nearly a dozen posts.

“Mourao the traitor?” was the title of one video he retweeted. Another post criticized Mourao for saying that the Venezuelan opposition should not be armed because a civil war there would be “horrible for the Southern Hemisphere.”

Carlos Bolsonaro did not respond to questions from Reuters and shrugged off concerns in a Wednesday comment on Twitter: “I’m not attacking anyone, they are just things that happened that I would like to keep sharing with friends!”

Mourao and his allies have pushed back against sharp policy shifts proposed by Eduardo Bolsonaro, a lawmaker advising his father on foreign affairs, and Foreign Minister Ernesto de Araujo, who have pushed for Brazilian diplomacy to hew closer to the U.S. line on Venezuela, Israel and China.

Mourao dismissed the idea of a military intervention in Venezuela’s political crisis, floated by U.S. President Donald Trump, after a White House news conference where Bolsonaro did not rule out the possibility.

He also urged Bolsonaro not to move Brazil’s embassy in Israel to Jerusalem, as the United States did, because it would threaten Arab markets for billions of dollars of halal meat exports.

Business leaders praised Mourao for working to strengthen ties with China after Bolsonaro railed on the campaign trail against Chinese investors.

That moderating influence and centrist appeal have enraged presidential advisers who see Mourao undercutting Bolsonaro’s conservative turn in favor of his own presidential ambitions.

Asked if the social media attacks on the vice president were a distraction, Eduardo Bolsonaro flipped the question: “What’s causing a lot of noise are the successive declarations by the vice president in contradiction of the president of the republic,” he told newspaper O Estado de S.Paulo. “If he is a soldier for the president, then things will fall into place.”

Mourao kept silent this week, preferring not to add fuel to the fire. But in February he told Reuters that the president had to rein in his sons after Carlos Bolsonaro called one minister a liar, sparking a crisis that led to the first exit from the cabinet.

With the government struggling to build a congressional coalition to approve a landmark social security reform, allies warn the president needs to put an end to the friendly fire.

The vice president and his allies in the government fear that the president’s silence means his sons and fellow hardliners may be gaining the upper hand, according to sources.

“The military in the government are unhappy, because they are seeing mistakes made and they are not being listened to,” said a person familiar with the former generals’ thinking.

“The interference of the sons in the presidential palace is absurd. Brazil is a republic, not a monarchy,” said the person. 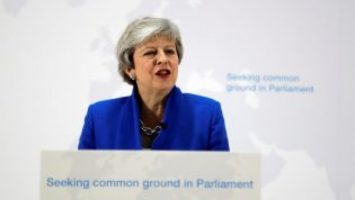 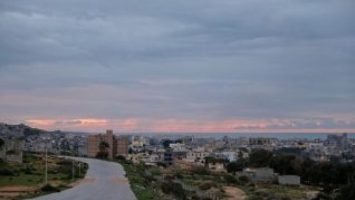