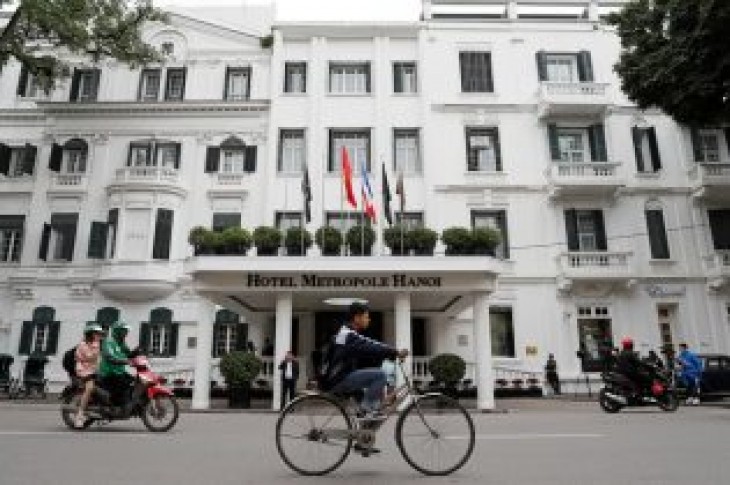 By Soyoung Kim and Mai Nguyen

HANOI (Reuters) – A storied French colonial-era hotel once used by the North Vietnamese government to house foreign guests during the Vietnam War is set to host U.S. President Donald Trump and North Korean leader Kim Jong Un as they meet for a second nuclear summit on Wednesday.

The Sofitel Legend Metropole Hanoi has hosted dignitaries and celebrities from Charlie Chaplin on his honeymoon in 1936 to “Hanoi Jane” Fonda during her 1970s anti-war campaign and even Trump himself on a recent visit to the Vietnamese capital.

The Metropole could begin a new chapter as a symbol of peace if Trump and Kim, as some officials in Seoul and Washington expect, formally declare an end to the last remaining Cold War conflict after their two-day summit.

The United States and North Korea are technically still at war, because the 1950-53 Korean War ended in a truce, not a peace treaty.

“We hope Trump and Kim make some progress with their denuclearization and hopefully open North Korea to the outside world,” said Stephen Fries, a doctor from Colorado whose long-planned family trip was disrupted by preparations for the summit.

He was among two dozen Metropole guests touring an underground air raid bunker at the hotel used during the Vietnam War that was rediscovered by chance in 2011 while the hotel was renovating its poolside Bamboo bar.

Trump and Kim will meet at the Metropole at 6:30 pm (1130 GMT) on Wednesday, where the two will have a 20-minute one-on-one chat followed by a dinner with aides, the White House said.

“It’s about time there is a deal. Vietnam had been our enemy, now they are kind of a friend. I hope North Korea would become exactly like Vietnam, and maybe use it an example to follow for its own economic development,” Fries said.

The elegant interior of the 118-year-old Metropole thronged with security personnel and hotel staff on the summit eve as final preparations were made. Nearby street corners were guarded by armed police, while security staff searched pot plants around the pool.

In a letter distributed ahead of the leaders’ arrival, the hotel’s general manager notified guests of the “very strict security measures” expected in the coming days.

All but one entrance to hotel will be blocked during the summit and a temporary checkpoint has been installed to screen guests, who need to show copies of their passports to gain access to the hotel.

“When superstars come here, some journalists offered $2,000-$5,000 or more to staff to take a photo of that superstar, but that has never happened,” said Thanh.

“That shows Metropole has a tradition of keeping secrets as well as knowing how to treat VIP guests.”

Heads of state from European kings and British royals to U.S. and South American presidents have all chosen the Metropole as their Hanoi abode.

It has attracted celebrities such as Angelina Jolie and Brad Pitt in 2007, but perhaps its most iconic guest is American actress Jane Fonda, who stayed for two weeks in 1972 when visiting then-enemy territory.

A controversial photo of her sitting with North Vietnamese troops atop an anti-aircraft gun used to shoot at American planes earned her the nickname “Hanoi Jane”.

The Metropole also hosted Graham Greene, who wrote part of his seminal 1955 work, “The Quiet American” there, and numerous war correspondents during the 20-year-long Vietnam War that ended in 1975.

Trump, who stayed in the hotel on his last visit to Vietnam in 2017, has chosen the easier-to-secure JW Marriott hotel this time. Kim is staying at the Melia Hanoi hotel.

Despite its long history of hosting VIPs, the Metropole is not an ideal summit venue from a security point of view, said Le Van Cuong, who used to head the strategy institute of the Ministry of Public Security.

“Metropole is definitely more tricky to protect the leaders, especially because of the lack of space. In the protection job, space gives us advantages. Metropole sits right in the center of crowded streets, so it’s difficult to ensure security,” Cuong told Reuters.

“Singapore chose an isolated island and protection on such island is much easier, definitely easier than Metropole.”

Trump and Kim held their first summit at Singapore’s Capella hotel, a refurbished British Royal Artillery mess on the resort island of Sentosa. 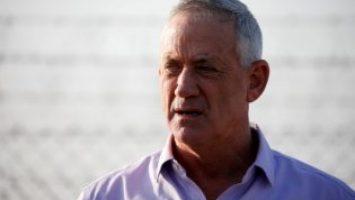 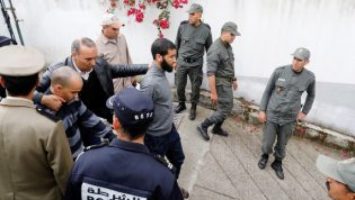