ZURICH (Reuters) – Bombardier delivered three double-decker trains to Switzerland this month for a total of 15, it said on Wednesday, but declined to comment after the Swiss rail boss said the company was losing money on the overdue contract.

Faulty doors, software and questions over ride comfort on the first trains to be delivered have complicated the 2010 deal, which is about five years behind schedule. Switzerland’s largest-ever trains contract now calls for most of the 62 trains on order to be delivered by the end of 2020.

“Bombardier will try to minimise these losses. But the contractual requirements are relatively clear and comfortable for us.”

Without giving specifics, Meyer said the contract provided for financial penalties against Bombardier for not living up to its obligations.

Bombardier has cut its forecast for profit and revenue as its railcar unit struggles, but said on Wednesday it would not break out how problems with the Swiss order might contribute to that.

“We do not comment on the profitability of our projects,” a Bombardier spokesman said. “The FV-Dosto is a unique high-tech product tailored to the needs of Switzerland. The development of a new product is naturally associated with high investment costs.”

SBB and Bombardier said on May 1 that the problems with the first 12 trains were being ironed out.

“We are making rapid and strong progress,” the Bombardier spokesman said on Wednesday.

Meyer conceded that SBB was responsible for one year of the delays due to changing requirements, but said Bombardier was to blame for the remainder, as well as the time taken to fix problems that have plagued the initial 12 deliveries.

Meyer predicted a potential disagreement over which side is responsible for what share of the damages. “The conflict will come,” he said.

Bombardier said it was committed to working out any disputes. “We are confident that we will find constructive solutions with SBB on all aspects in the foreseeable future,” its spokesman said. 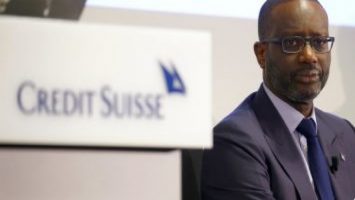