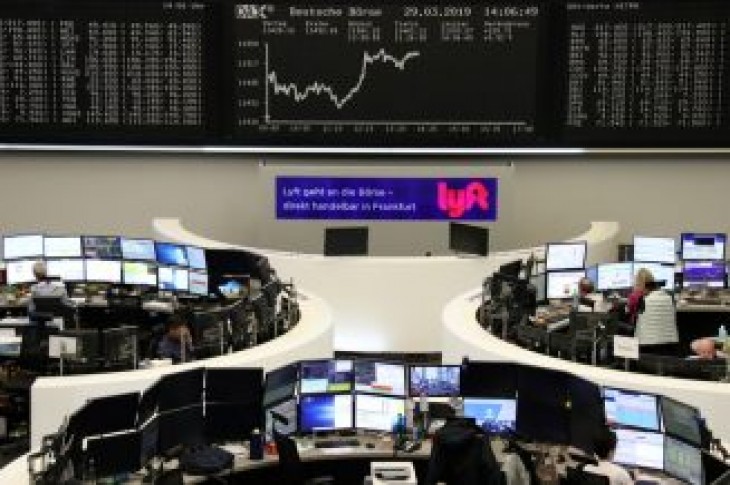 LONDON (Reuters) – This year’s roaring rally in world equities ran into sand by the end of the quarter, with warning signs from bond markets, U-turns from central banks and persistent trade worries scattering consensus about what happens over the rest of 2019.

The pan-European STOXX 600 index has climbed 12.2 percent in the first three months of the year, its best quarter in four years, while the S&P 500 is on track for its biggest quarterly gain in nearly a decade.

A bounceback was expected after the historic rout in late 2018, but few investors predicted the size of the rebound or the scale of the about-turn by European and U.S. central banks on interest rates that helped fuel it.

The majority of the gains were logged in January – between 6 and 8 percent – as dovish comments from the Federal Reserve, economic stimulus in China and easing trade tensions between Beijing and Washington soothed worries about slowing economic growth.

In March, however, the pace slowed to 1 percent as euphoria over slower rate hikes turned to worries about what the uber-dovish Fed and ECB stance said about the world economy amid tepid U.S. and euro-zone growth.

“People are wondering if they’ve missed the rally and then they think it doesn’t make sense to invest when the curve is inverted and the economy is slowing,” said Willem Sels, chief market strategist at HSBC Private Banking.

He reckons global stocks have the potential to rise another 5 to 7 percent, with the inversion of the bond yield curve overdone.

“The next few weeks will be more volatile, people are going to be concerned until they see the data improve and Q1 earnings might not be very good so we’re in a zone of higher volatility,” he said.

A poll of investors across the globe in February revealed the wide dispersion of views about how equities will fare over the next 12 months, illustrating the lack of consensus across the market.

Take the estimates for the S&P 500: The highest called for the index to rise 25 percent, while the most bearish pegged the market falling by around 10 percent by mid-2020.

Europe displayed a similar disparity, with estimates ranging between a 15 percent rise and a plus-20 percent increase for the STOXX 600.

In the end, the median forecast for the pan-European STOXX 600 and FTSE 100 were level with the current markets, suggesting that gains across stocks have run their course.

For an interactive version of these charts, click here:

Implied volatility in European and U.S. stock markets, often viewed as a gauge of fear, also plunged in the first quarter. The Wall Street fear gauge has more than halved to 13 points from the December peaks, while the same measure in Europe dropped to a third of its late-2018 highs.

For an interactive version of these charts, click here:

Capping off a wild quarter were big gyrations in U.S. bond yields last week, which plunged investors deeper into confusion.

With 10-year U.S. bond yields below 3-month T-bill rates for the first time in more than a decade, recession fears were swirling.

But the 2- to 10-year yield curve steepened, offering conflicting signals that there was no cause for alarm.

After all, the world economy is actually chugging along at a decent clip, company earnings are still growing, albeit more slowly, and leading central banks are increasingly dovish.

While it might take months before the markets settle – and it’s dependent on decent macroeconomic data – Wouter Sturkenboom, chief investment strategist for EMEA and APAC at Northern Trust, reckons the bond moves have been overplayed.

“We believe government bonds are overdoing it right now. That’s a vote of no confidence in the Fed and its communication strategy. That’s why we are not de-

To break stocks out of their lethargy, investors need some decent macroeconomic data and first-quarter earnings to restore battered confidence.

“We’ve gone a long way now toward pricing in the central banks, and for risk assets to push on into Q2 we are going to need growth to pick up the baton,” said Paul O’Connor, head of Janus Henderson’s UK-based multi-asset team.

But analysts have slashed their 2019 earnings forecasts to their lowest in three years, and most expect the coming earnings season to be weak.

Companies listed on the S&P 500 index are expected to report a 1.9 percent contraction in earnings in the first quarter, down from almost 17 percent growth in the fourth quarter and the worst performance in years, according to I/B/E/S Refinitiv.

European STOXX 600-listed companies are expected to deliver 2.1-percent year-on-year earnings growth, the slowest since the third quarter of 2017.

After such a breathtaking run-up, Justin Onuekwusi, fund manager at Legal & General Investment Management, said he’s not overly concerned that stocks are now taking a breather.

“We have had such a strong bounceback, but markets don’t go in a straight line. It is inevitable you will get some kind of respite,” he said. 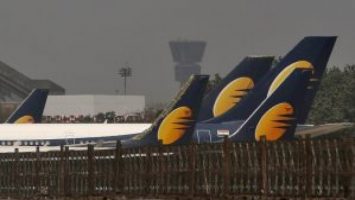 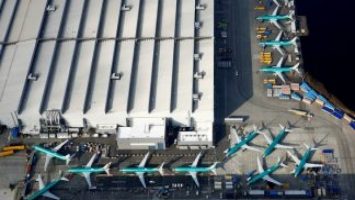