German automotive components company Bosch have disclosed they are running trials using the Ethereum network. Although a spokesperson declined to comment further, their vision for the automotive industry includes self-driving technology and IoT connectivity. Nonetheless, as Bosch already have existing relationships with IOTA and Hyperledger, it will be interesting to see how Ethereum might fit into this mix.

Bosch’s Vision For The Future Of Cars

Back in 2017, Bosch CEO, Volkmar Denner set forth the company’s outlook for the future. In doing so, he spoke about four key technologies in AI, cloud computing, IoT networks, and blockchain. While he acknowledged the influence of Bitcoin, he was quick to dismiss the use of blockchain as a currency. He said:

“The first application of blockchain was something that had nothing to do with our IoT. It was a currency that exists only in the internet, you all know it, it’s Bitcoin. So, of course we are not interested in Bitcoins but if you understand this technology in a little bit more detail you easily recognize that it can be used for something completely different. Which is highly relevant for our IoT strategy. We can establish smart and secure contracts between individual human beings.”

The latest Bosch Connected World (BCW) conference, which took place in Berlin on 15th May 2019, saw the company share the most recent developments of their loT vision. While 2018 was about selling web-enabled products, this year is focussed on partnerships to evolve the IoT ecosystem.

As far as blockchain is concerned, Bosch sees distributed ledger systems as necessary for restoring trust in the internet by democratizing it. According to their press release:

“To build trust in digital ecosystems, we need open platforms and an internet in which users have the power to decide for themselves. If users are “captive,” a web platform provider can change its terms of use at will. By gaining independence from the big internet players, users no longer have to blindly accept such changes.”

From having a trusted and secure network in place, real-world applications have the foundation from which to operate. At BCW 2019, they discussed a partnership with energy supplier EnBW for customizing the process of charging electric vehicles. For example, their system will take into account information about the customer, such as having small children. As a result, the network can then tailor the customer’s experience by returning more relevant results, such as charge points near playgrounds. This concept centers around matching user’s requirements for choosing, booking, and paying for recharging services.

Bosch is partnering with the Germany-based electric utility company EnBW to test out a prototype of blockchain-based car charging stations.

Similarly, in conjunction with Siemens, Bosch is looking at simplifying the process of parking your car. Their system proposes direct communication between the car and nearby parking facilities. On arrival at the chosen car park, sensors identify the vehicle and raise the barrier accordingly. On exiting, the fee will be settled automatically via a virtual transaction. This system precedes the need to carry change or worry about losing a ticket.

Bosch has laid out its plans for the “economy of things,” which showcases a world of machine to machine communication, where sensors and smart contracts operate in conjunction to give us a seamless experience. However, can Ethereum, as a second generation blockchain, play its part?

Considering the functionality of competing networks, for example, IOTA, whose tangle technology is zero fee and infinitely scalable, it’s hard to justify the implementation of Ethereum as an IoT network.

All the same, the use of Ethereum is a trial, and whether Bosch chose IOTA, Hyperledger, Ethereum, a combination, or none at all is not the primary concern. What’s more critical is the groundwork that is happening right now. The outcome of which will bring blockchain to a future near you.

The post Bosch Announce Trial To Use Ethereum, One Step Closer Towards Mainstream Adoption? appeared first on NewsBTC. 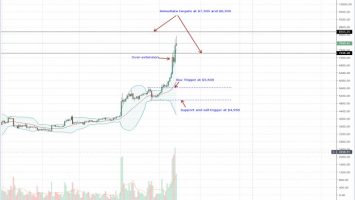 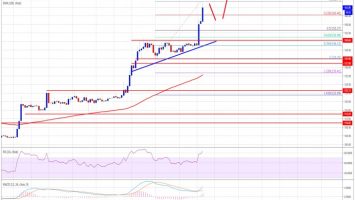