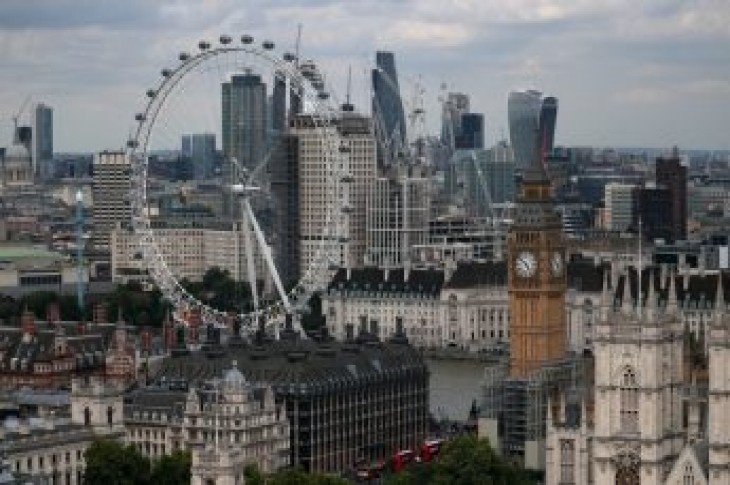 By Simon Jessop and Andrew MacAskill

LONDON (Reuters) – A few miles down the River Thames from the British parliament at Westminster, months of political tremors over Brexit have still barely registered on a monitor of London’s financial services.

But as policymakers seek ways to ensure the future of the financial services sector for when Britain leaves the European Union, some firms are building up their operations elsewhere in the bloc in anticipation of “Brexit Day” on March 29.

Reuters’ fourth Brexit tracker of five indicators gauging the City of London’s fortunes — spanning jobs, commercial property prices, bar and restaurant openings and public transport usage — shows that while some have seen a slight slowdown, others are steady or even buoyant.

The latest survey shows just under 2,000 jobs have been moved or created overseas in preparation for end-March, although this amounts to just over a third of those expected at the time of the last Reuters survey in September.

“The City is not unique, in the UK … pretty much every single market that we cover, barring retail, is strong,” Mat Oakley, head of Savills’ UK and European commercial property research team, said.

Oakley said 2018 as a whole was one of the best years for leasing activity in the City since Savills began compiling the data in the early 1990s.

“To put it in numbers, 7.6 million square feet of new leases were signed in the City last year; that’s a lot of businesses committing to the future, on the basis that the average length of those leases was probably 10 or more years.”

The number of jobs UK-based financial institutions say they expect to move overseas by March 29, when Britain is scheduled to leave the EU, has fallen by two-thirds from the 5,766 predicted when Reuters’ last survey was published in September.

The number of available jobs in London’s financial services industry hit a six-year low of 55,033 in 2018, said sector recruitment specialist Morgan McKinley, down a third on the prior year and half that seen in 2015, before the Brexit vote.

Morgan McKinley bases its number on the overall volume of mandates it receives to find jobs and applies a multiplier based on its market share of London’s finance industry.

Reuters obtained property data from Savills and Knight Frank, two of the biggest real estate firms in Britain. Savills calculates the value from all-known property deals within the City of London area.

The average price of renting prime real estate in the City of London in the fourth quarter was just under 77 pounds per square foot, unchanged on the prior quarter, Savills said.

The top price paid dipped slightly, though, to 83 pounds from 85.5 pounds, although both measures remain higher than the levels seen in June 2016, when Britain voted for Brexit.

Knight Frank, whose data comes from landlords, developers and agents, said prime headline rent in the City was 70 pounds per square foot, unchanged since the fourth quarter of 2015.

In Canary Wharf, prices have remained unchanged at 42.50 per square foot since the fourth quarter of 2017 – at a 10-year high – although the vacancy rate ticked up to 7.4 percent from 7.1 percent over the course of 2018.

“The financial sector made a comeback in 2018, accounting for 21 percent of office take-up in the City, versus 13 percent in 2017,” Victoria Shreeves, associate in Central London Research at Knight Frank, said.

“The City has shown resilience despite the political uncertainty and we are expecting to see more rental growth as we move through the year, in particular in submarkets where there is a shortage of supply.”

Some 90.6 million journeys were recorded over the course of 2018 at the three main underground stations that serve the City and Canary Wharf.

Reuters filed Freedom of Information Act requests to Transport for London to get the data, which showed that trips at Bank, Monument and Canary Wharf stations fell a combined 9 percent year-on-year in December.

Flights in and out of City Airport, a popular gateway for the finance industry, enjoyed a strong end to 2018, up 4.7 percent in the fourth-quarter from the same period a year-earlier, to post the strongest annual growth since 2015.

Reuters filed a Freedom of Information Act request to the City of London Corporation to find the number of new premises which have applied for licenses to sell alcohol and license renewals.

The number of venues, such as bars and restaurants, with licenses to sell alcohol in the City of London in 2017 rose 4.7 percent year-on-year in 2018 to at least a 10-year high, data from the municipal local authority shows.

The number of new venues opening and applying for a license in 2018 also hit an at least 10-year high of 70, compared with 65 in the prior year, the data shows. 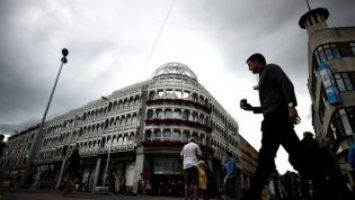 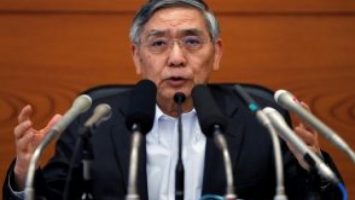