White will step down from Ofcom around the turn of the year after more than four years in the job and succeed Charlie Mayfield at the retail group that runs John Lewis department stores and upmarket grocery chain Waitrose in early 2020.

White, a trained economist who had been seen as an outside contender to succeed Mark Carney as Bank of England Governor, will be John Lewis’ sixth chairman and the first woman to hold the high-profile position in the retailer’s 155-year history.

She has also worked as an adviser at the UK Prime Minister’s Policy Unit and in Washington DC as a senior economist at the World Bank.

Mayfield said White had had a stellar career in a number of senior strategic and executive roles, and had stood out as an exceptional candidate.

“I believe she has the vision, leadership, drive and flair to steer the partnership through its next phase,” he said.

In March the partnership reported a 45% drop in full-year profit and cut its staff bonus to the lowest in 66 years, as it dealt with weak demand and rising costs as well as the approach of Britain’s exit from the European Union.

Mayfield said at the time that a no-deal Brexit would be “extremely unfortunate and damaging” to it and other companies.

White said she was a “passionate believer” in the John Lewis co-ownership model, which has been lauded by government and sees profits shared out among its 83,900 staff, which it calls partners.

“John Lewis & Partners and Waitrose & Partners are not merely British retail icons, but also a model of a better way to do business,” she said.

“In my current role, my vision has been to ensure that consumers in fast-moving markets get high quality, reliable services at fair prices, from thriving businesses they can trust.”

White is the third leader of Ofcom, an independent regulator set up in 2003 to bring together the duties of five organizations across broadcasting and telecommunications.

She also sold the airwaves for 5G mobile services, and started regulating the publicly-funded BBC.

Ofcom said it had begun the search for White’s successor.

Her basic pay at John Lewis will be 990,000 pounds, though she will also be eligible for the annual partnership bonus.

(Reporting by James Davey and Paul Sandle in London; and Shashwat Awasthi in Bengaluru; Editing by Jane Merriman, Guy Faulconbridge and Jan Harvey) 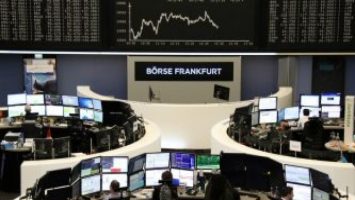