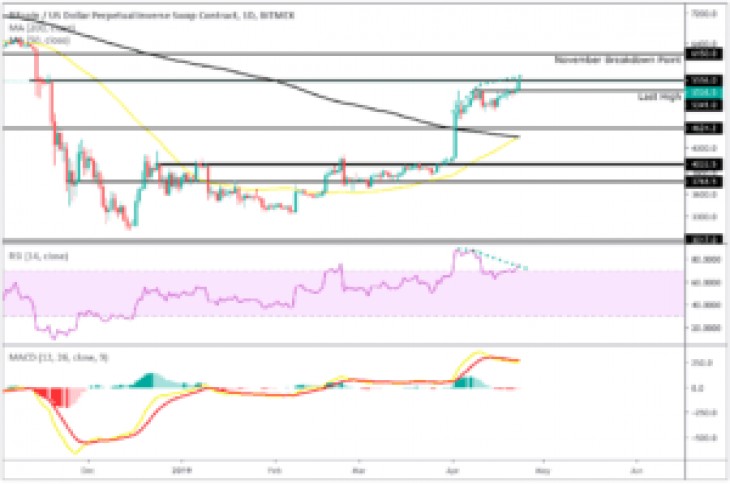 A golden cross has formed in market leader Bitcoin today as the 50 SMA (in yellow) crossed the 200 SMA (in black) to the upside.

Such a pattern is often considered extremely bullish and may spur more buyers to the market.

This is the first time such a pattern has formed in Bitcoin since the 28th of October 2015.

The price increases over the past two days have resulted in Bitcoin surpassing the point of its former high.

The price increases have found some selling pressure at $5556, a point of resistance during price action back in November.

The bearish drops in November initially brought price action below $5556 and after some consolidation, price once again sharply broke down from this point.

One bearish pattern which is forming is a bearish double divergence between the price and RSI as marked by the dotted lines on the above chart.

This indicates price continuing to increase even though buying pressure is not recording the same magnitude of increases.

However, this double divergence will likely have little impact given that the longer-term weekly time frame indicates high amounts of buying pressure with longer-term traders.

Both the weekly RSI and MACD are increasing with the MACD approaching a centerline crossover to the upside.

A centerline crossover to the upside is a bullish signal.

The recent price action and price patterns forming in Bitcoin indicate that there is a strong possibility that the price will overcome resistance at $5556.

By definition the farther the market moves away from 3,000 the more opinions change to "the bottom is in." This is the way markets work. . . . pic.twitter.com/6TTKCxXDmi

Furthermore, it seems increasingly unlikely that Bitcoin will retest the lows of 2018. 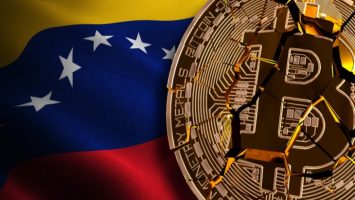 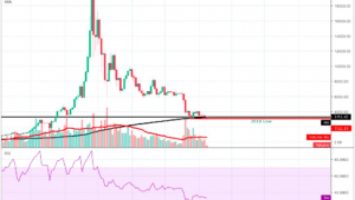