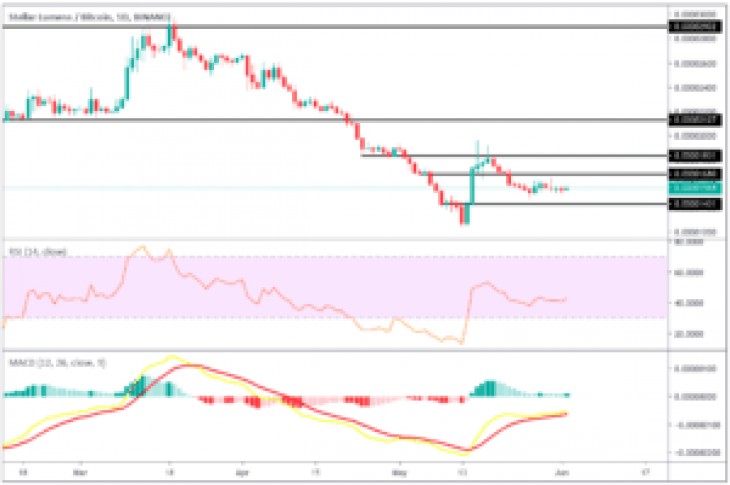 XRP has experienced more volatile trading since a 36% increase in its USD price was recorded two weeks ago.

Its price declined last week but managed to find support at the point where the last high formed on the weekly chart.

The price has since increased this week but found some resistance at the point where the last high formed at $0.479.

While the price has since declined, $0.418 has provided support from Thursday to Saturday this week.

While XRP’s price has failed to overcome the point of the last high, the market structure is forming bullishly with higher highs and higher lows since the price found support at $0.418.

The majority of this week consisted of XRP consolidating against BTC.

The price started off the week with an approximate 2.5% increase against BTC over Monday and Tuesday but has since been slightly retracing and consolidating.

In the event of a rise, resistance would be expected to come into play at the 5540 satoshis (sats) level.

However, it is unclear whether XRP will outperform or underperform BTC in the near-term.

During the weeks trading, Stellar Lumens (XLM) failed to close above the point where it formed a high in December at $0.1422.

The price action has found resistance at this level numerous times but has also been finding support at an upward sloping trendline which has been forming.

This gives rise to an ascending triangle pattern which is a bullish trend continuation pattern and increases the odds that XLM can retest and overcome resistance at the December high.

Similar to XRP, XLM has been consolidating in terms of its BTC price.

There is no clear indication of whether XLM is setting up to outperform or underperform in near-term price action which is also the current scenario with XRP. 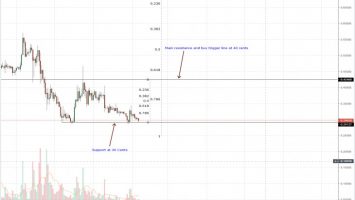 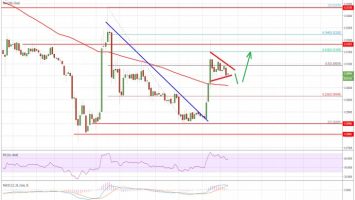