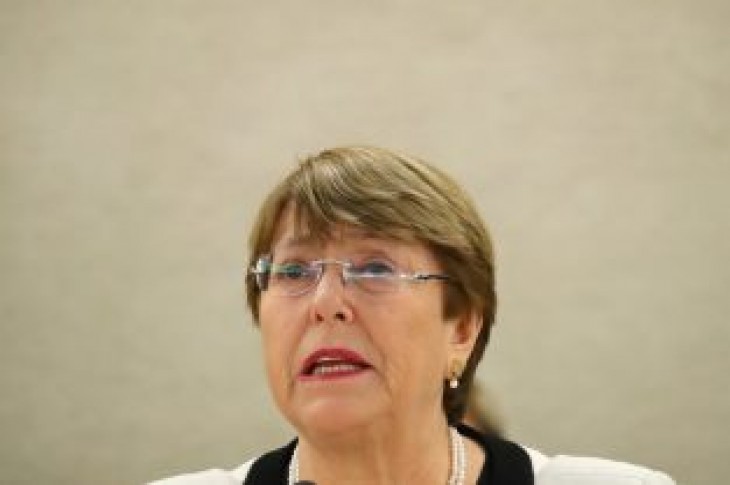 GENEVA (Reuters) – Cameroon may fall further into violence if the government does not stop hate speech by politicians and heavy-handed tactics by security forces, the U.N. human rights chief said on Wednesday.

Long-running tensions have erupted into conflicts with separatists in the southwest and Islamists in the northwest, prompting crackdowns by security forces and leaving 1.3 million people in need of aid, according to the United Nations.

She urged Cameroon to adopt a similar approach, after a U.N. rights committee last month noted “the heavy-handed approach of the security forces to the crisis … including destruction of medical facilities, schools, essential infrastructure and entire villages”.

“I am also concerned by alarming instances of hate speech, including by political leaders, as well as serious restrictions on the political space, with prosecutions in a military court of a number of members of opposition parties,” the former Chilean president said in a report to the U.N. Human Rights Council.

“It is essential that steps be taken now, to de-escalate the increasing crisis in the country, and prevent a further descent into violence.”

“The defense and security forces have remained highly professional in their behavior despite aggression against them by Boko Haram (militants) and barbaric attacks by so-called separatist armed gangs,” he said.

Accusations of violations by security personnel were being investigated “diligently” and would be punished, Mbella added.

In the past few months, 40,000 refugees fled into Cameroon from Rann, a Nigerian town just across the border that has been repeatedly attacked by Islamist insurgents Boko Haram. Islamic State has also claimed attacks in the area.

More than 30,000 refugees returned to Rann last week after being urged to accept assurances about an improvement in security.

Earlier this year, the U.N. refugee agency UNHCR criticized Cameroon for turning away fleeing Nigerians, but it said Cameroon had given assurances last week that refugees from Rann were not being forced to return.