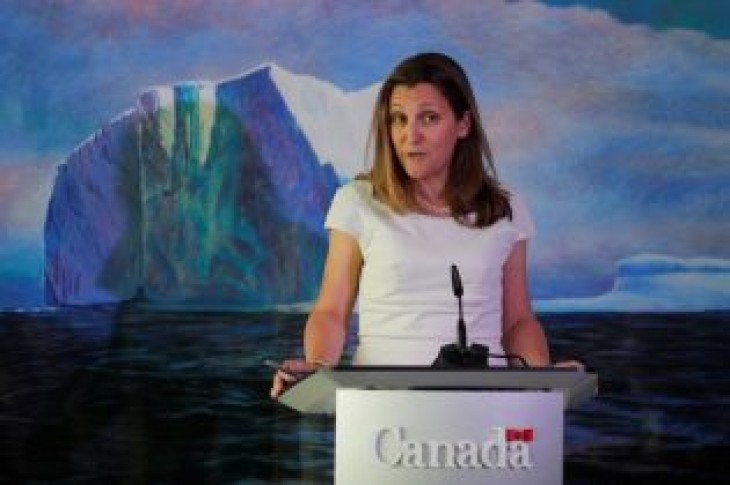 OTTAWA (Reuters) – Canadian Foreign Minister Chrystia Freeland on Thursday dismissed a suggestion that Ottawa block the extradition of a top executive from China’s Huawei Technologies Co Ltd to the United States, saying it would set a dangerous precedent.

Huawei’s Chief Financial Officer Meng Wanzhou, who was arrested on U.S. fraud charges in Vancouver last December, will challenge Washington’s extradition request at hearings that are set to begin next January.

The Globe and Mail newspaper on Thursday said former Canadian Prime Minister Jean Chretien had floated the idea of the government intervening to stop the extradition case and thereby improve ties with Beijing.

“When it comes to Ms Meng there has been no political interference … and that is the right way for extradition requests to proceed,” Freeland told a televised news conference in Washington.

“It would be a very dangerous precedent indeed for Canada to alter its behavior when it comes to honoring an extradition treaty in response to external pressure,” she added, saying to do so could make Canadians around the world less safe.

Canadian officials say they see no prospect of relations with China improving until Meng’s future is resolved.

Trudeau said last week he would look at whether it was “appropriate or desirable” to seek a meeting with Chinese President Xi Jinping on the sidelines of a Group of 20 summit in Japan later this month.

Trudeau plans to visit Washington for talks on June 20 which will address the case of the two detained Canadians. 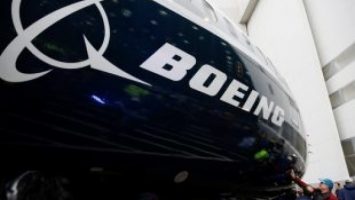 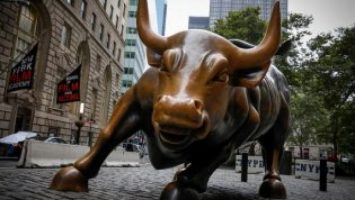