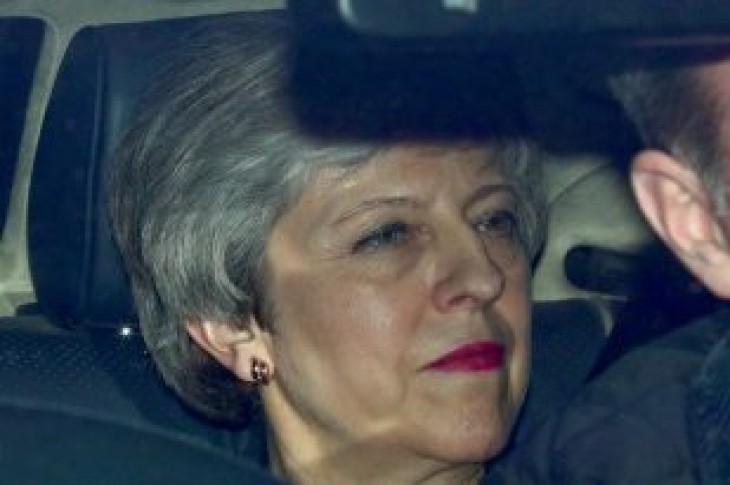 To capture such a difficult photo – in the dark, through a moving car’s windscreen and into the back seat, with media and police all around – Reuters photographer Hannah McKay practiced on other politicians then positioned herself with precision.

“We were aware of what was going on inside. We knew the first picture of her leaving was important,” said McKay, 30, waiting outside the gates of parliament as May told Conservative lawmakers she would quit if necessary to get her Brexit deal passed.

“I’d been there for a few hours photographing ministers and cars coming and going, checking the angles. She always sits behind the passenger seat, so we have to stand on the other side, to see her diagonally through the front windscreen.”

Even then, there was only a tiny window of opportunity – a couple of seconds – as the cavalcade sped away, police lights blazing, protesters chanting in the street both for and against Britain’s torturous European Union divorce process.

“You have to crouch quite low to see her, because she can get blocked by the rear-view mirror. And you have to catch her face between the driver seat and the passenger seat because she’s in the back,” McKay recalled.

“Also, you need the right settings to light her in the back seat, and get it all in focus. And you only have time to use the flash three or four times. So it’s quite tricky really.”

Reflecting on how she got the shot of the night, where other photographers were foiled by the mirror, focus or timing, the 30-year-old McKay noted there was also an element of fortune.

“It was relief that I’d managed to get a good photo of her for such an important moment,” she said.

“With car shots, definitely luck is involved. So when it’s on your side, and you get it right, it feels great.” 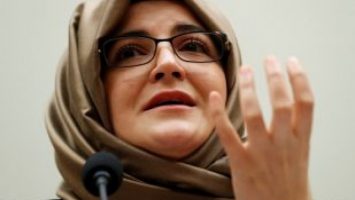