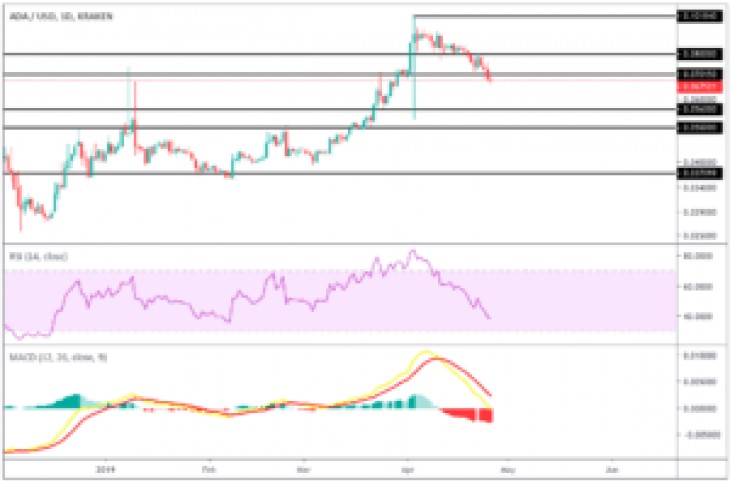 Cardano is currently recording its third consecutive week of losses.

Price action this week has resulted in the price dropping below a key level at $0.07 which acted as an important point of support in October.

Although price fell below the level during trading two days ago, buying pressure quickly came in to bring the price back above.

However, the price followed up yesterday with another decline resulting in price dropping and closing below the level.

Today’s candle is currently forming a Doji candle indicating that traders are uncertain of future price prospects from here.

A rise back up to $0.07 would likely find selling pressure with the level likely to act as a resistance level now.

If the price continues to drop, it may find some support at $0.063 and $0.058 which have been important areas for price action in November 2018.

Selling pressure is currently strong in Cardano with both the daily MACD and RSI continuing to decline.

The MACD has crossed its centerline to the downside, a sign that many analysts consider bearish for price prospects.

It seems likely that the price of Cardano will continue to decline from here.

ICX has had more of a bullish price performance this week.

After two weeks of declines for ICX, a Doji candle is currently forming on the weekly chart.

However, any increases recorded were reverted back to the point where ICX opened for the week.

However, the price found resistance at $0.4220 and followed up on Tuesday with a price decline.

The price currently trades close to $0.34, a level which is expected to act as support.

The current daily candle is forming as a Doji, as traders are likely uncertain whether the price should rise from here or fall below support at $0.34.

The daily MACD and RSI for ICX have been more steady but have been declining nonetheless.

The MACD for ICX approaches a centerline crossover to the downside.

If the MACD crosses, it may spur more selling pressure and result in the price dropping below support at $0.34. 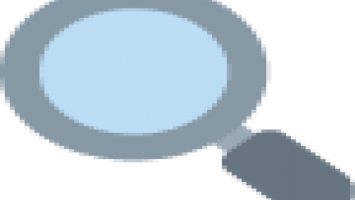 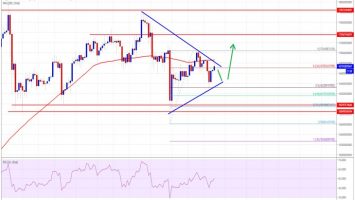