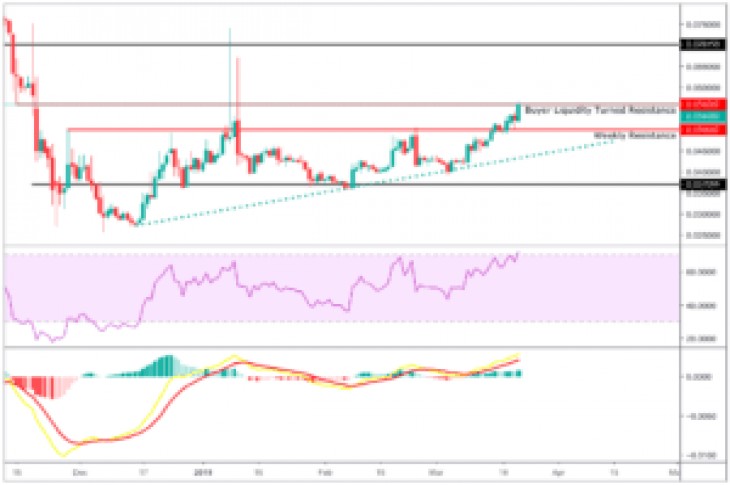 Cardano is the top performing major cryptocurrency over both the past seven days and the past 24 hours after starting the week rising above a key weekly resistance level.

The price rose above a key resistance level at $0.05 at the end of last week but failed to close above with selling pressure pushing the price back down.

Cardano formed a Doji candle on Monday this week just below the resistance level.

A Doji candle is a candle where the open and the close are around the same point and typically reflects trader uncertainty.

However, the price followed up with a significant increase above the level on Tuesday and closed above.

One of the main reasons driving this outperformance may have been the ascending triangle pattern forming for Cardano.

An ascending triangle pattern is a bullish trend continuation pattern where price meets resistance at a level but also meets support at an upward trendline.

The rise above the resistance level at $0.05 marks price continuing its upward trend and moving above the ascending triangle pattern.

Price has since continued to a point where it found buyer liquidity during the bearish market drops in November at $0.056.

The price seems to be finding resistance at this point but with recent price action being bullish, there is a strong possibility that price can continue to rise above this level.

After numerous tests of support at $0.32, price broke below.

Numerous tests of a support level weaken the level with fewer buyers to hold the level on each test.

Price briefly dropped to $0.29 where it quickly found buying pressure.

The price has since tested and retested $0.32 as resistance.

Price quickly found selling pressure on the retest increasing the likelihood that price will move down from current prices. 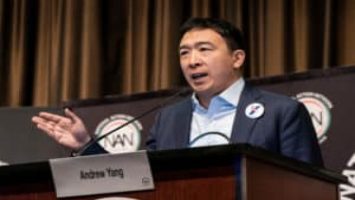